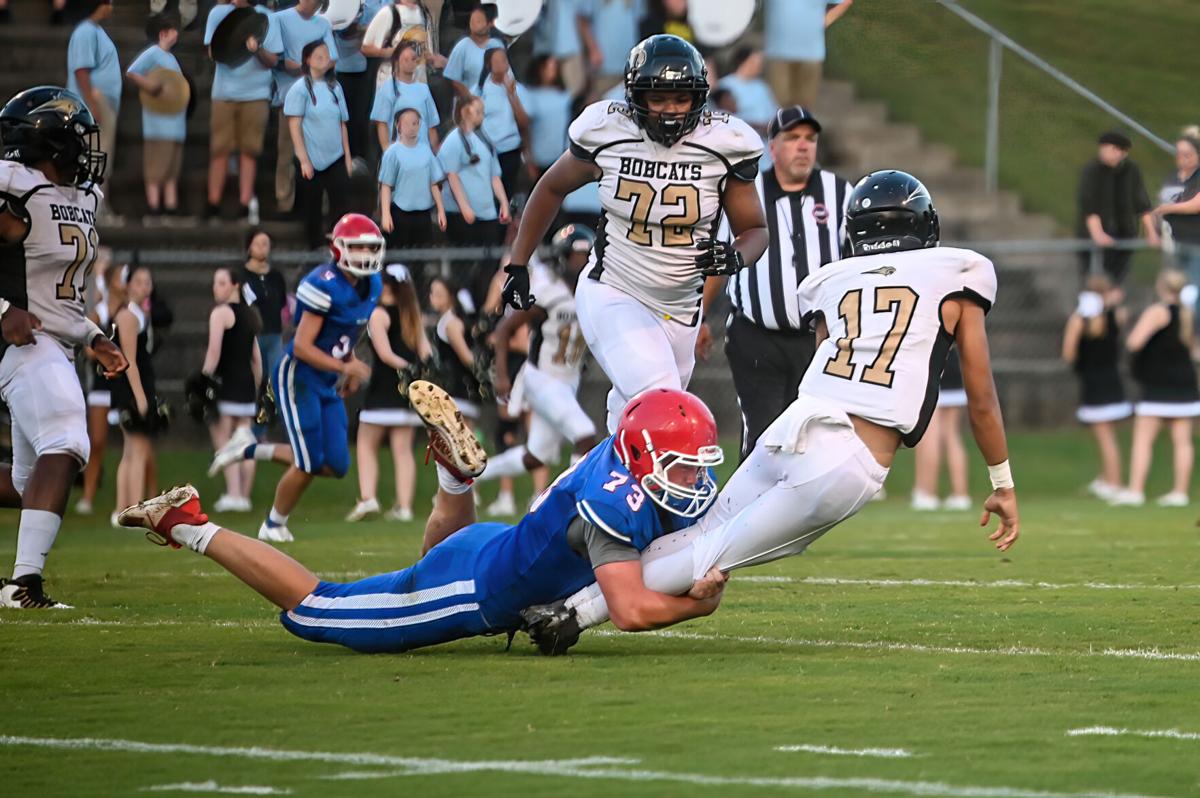 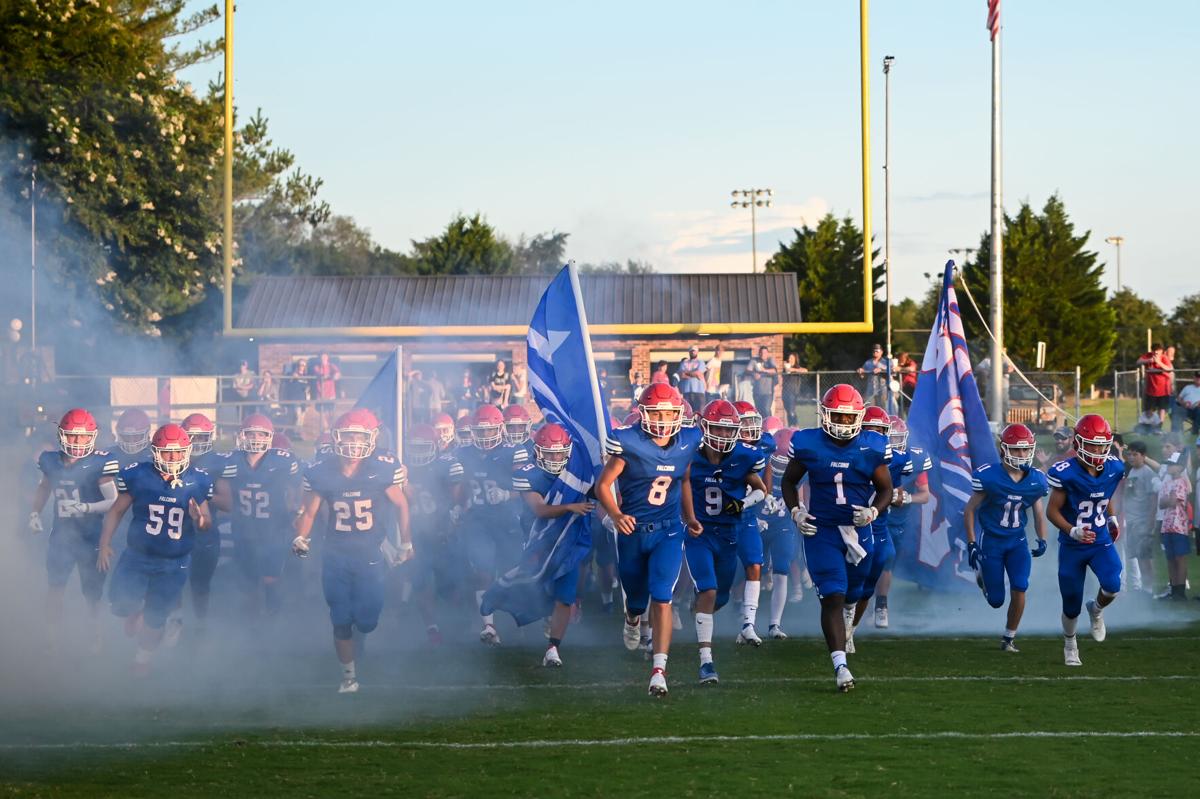 The 2021 edition of Lincoln County Falcon football took the field for the first time Friday night on their home field. The Falcons lost to Giles County, 51-8. Photo by Paul Henry

The 2021 edition of Lincoln County Falcon football took the field for the first time Friday night on their home field. The Falcons lost to Giles County, 51-8. Photo by Paul Henry

Coming off of a 3-8 campaign in 2020, the Lincoln County Falcons were expected to continue rebuilding this season and the home and season opener proved to a tough one for the young Falcon team, as Giles County rolled to a 51-8 non-district win.

Turnovers proved costly for the Falcons in the early going with a pair of fumbles turning into Giles County points, early in the contest. In their opening possession, the Falcons coughed up the football at their own 20-yard line and resulted in a 40 yard field goal by Chase Cardin to give the Bobcats a 3-0 lead.

On the Falcon’s next possession, the result was much the same, with a fumble recovered by the visitors on the Falcons’ own 15 yard line and resulting in points for Giles County. The Bobcats led 17-0 at the end of one quarter.

Giles County stretched its lead early in second with a Chaye McElroy 20 yard rushing touchdown and with Cardin’s point after, the Bocats led 24-0.

Jim Polzin: The Wisconsin Badgers' failure to finish against good teams has become the program's identity

What makes MSU's Kenneth Walker III so effective in the running game? Husker coaches share what they see on tape

Backed up deep in their own territory, the Falcons were forced to punt with nine minutes to go in the second. That punt was blocked and Jason Rose carried it to the endzone and with the PAT, Giles County was in command, 31-0.

Giles County’s X’zorion Randolph put any hopes of a Falcon comeback to rest with a touchdown prior to the half and two more in the second half, the first coming with three minutes to go in the third when he scored from 12 yards out and then again with three minutes left in the game on a 12-yard run.

The Falcon’s only score came through the air with three minutes left in the game when Jake Pendergrass hit Phoenix Beddingfield with a 20 yard pass and again connected with Beddingfield for the two point conversion.