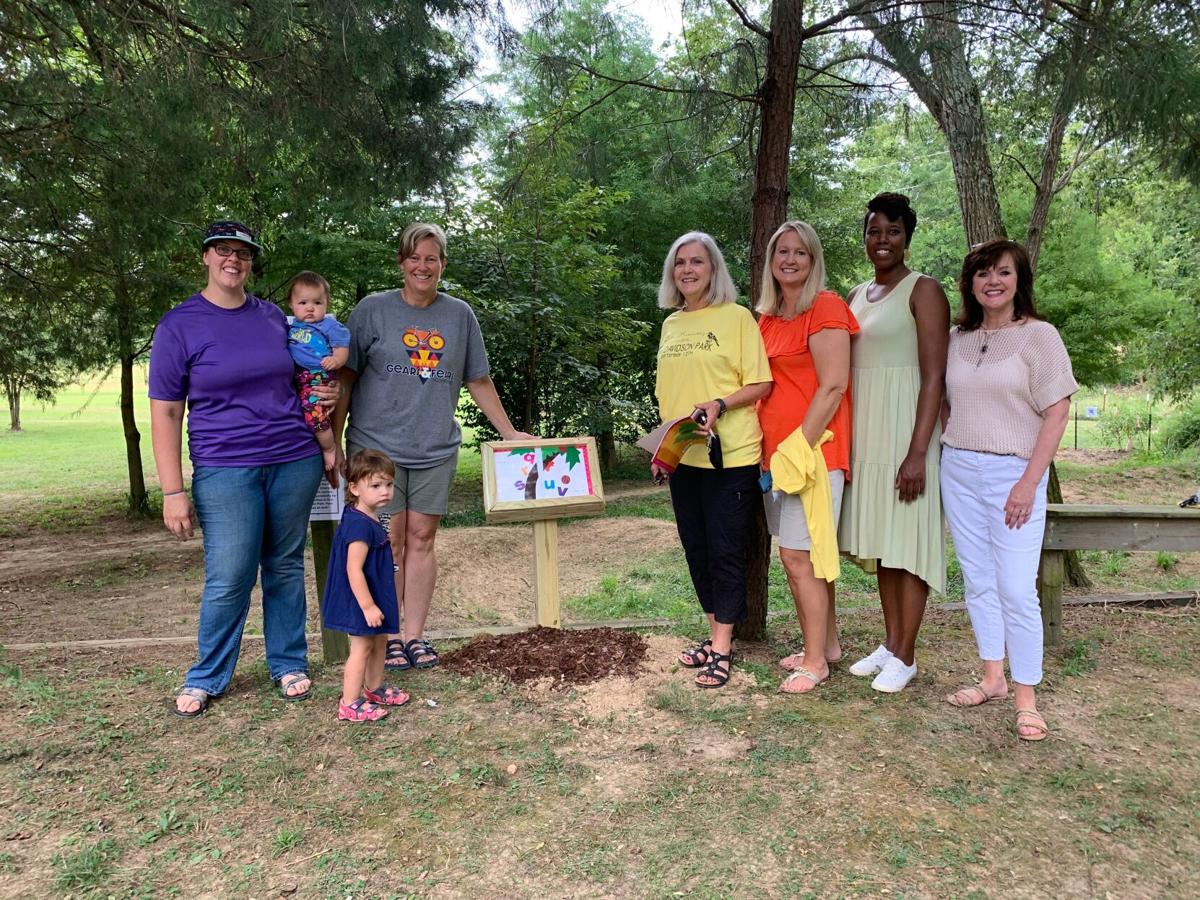 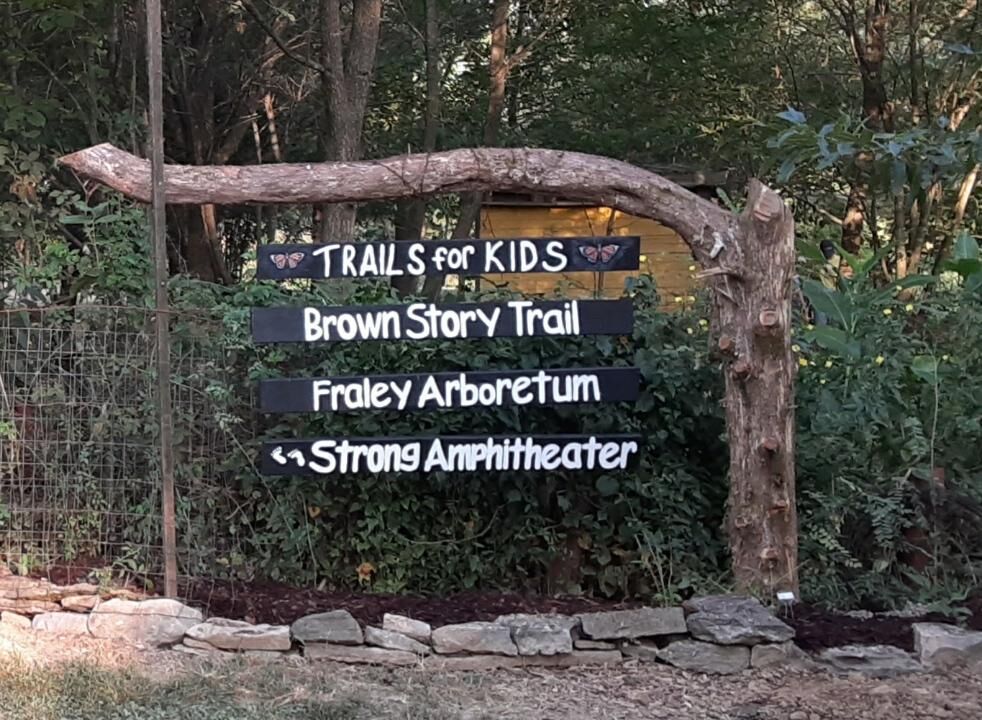 Teresa Brown thought she was only going to Don Davidson Park to read to children during Saturday’s “Get Friendly with Don Davidson Park” featuring 10 events throughout the day. As she approached the Trails for Kids area in the park, she was met by members of the Imagination Library of Lincoln County, Kevin Freeman, Celia Wallace, and other friends, who were standing near the entrance. Thinking they were awaiting her arrival for a photograph, they informed her they were hiding something from her. That something was a sign that reads: Trails for Kids, Brown Story Trail, Fraley Arboretum, Strong Amphitheater.

“Oh, my goodness, I can’t believe this!” Brown exclaimed upon seeing the sign. “I am more than surprised. I am shocked.” She went on to say that she began teaching children to read when she was 20 years old. “I retired at 50, because I was exhausted,” she laughingly said. “Now that I’m retired I make sure kids gets books.”

Brown acknowledged the presence of Celia Wallace, one of the founding members of Imagination Library of Lincoln County. “She attended St. Mary Magdalene Episcopal Church and they wanted to start Imagination Library. So I came on the board and have never gotten off.” Brown is committed to teaching children how to read but most importantly, instilling in them a love for the written word.

A Story Book Trail is a fun, educational activity that places pages from a children’s story along a trail in a community. It’s for children of all levels to enjoy the outdoors and read a book with their family and friends. It helps build children’s interest in reading while encouraging health outdoor physical fitness. In 2007, Anne Ferguson of Montpelier, Vermont, a specialist in chronic disease prevention, was looking for fun ways to get families outside and moving. She came up with the idea of separating out the pages of a children’s book and posting them along a local nature trail. Since then, Story Walk trails have been installed in parks, on library campuses and along nature trails in all 50 states and 12 countries.

The biggest thanks goes to Kevin Freeman for his dedication, hard work, tireless commitment, and willingness to “ask for the world or at least get permission.”

Following emergency eye surgery on June 30, Freeman was told he wouldn’t be able to work for at least 8 weeks, maybe a year. Three weeks later, he was able to exercise and work at Don Davidson Park. He then informed Scott Collins of his free time and invited Collins for a walk at the park, where conversation centered on future projects. Collins then invited Freeman to the August 3 Recreation committee meeting where he presented several ideas that could save the city money, add value to park users and wildlife. Those included mowing less grass at the park, building a new basketball court, and Arboretum with 200 more trees for shade, an Amphitheater featuring outdoor music and movies, as well as classroom use. Plus, garbage-can free park.

Avlon: This is evidence of a broken system

“The next day I talked to Wanda Southerland about a story for disc golf,” Freeman said. “We walked and talked about the history of Don Davidson Park and the future. Two hours later she had a lot of material for a story.”

Then the conversation turned to the story trail, specially the Teresa Brown Storybook Trail. A week later, “Wanda, (Imagination Library Director) and the Imagination Library Board, Cole [Crabtree] from Fayetteville Parks & Recreation Supervisor and Malisha Widner, Fayetteville Parks & Recreation Administrator, met me at the disc golf trailhead. We walked the proposed loop; set expectations… who was responsible for what, talked budget and agreed to meet the next week,” Freeman explained.

A special thank you goes to George Wolfe, Cole Crabtree, Malisha Widner, Brad Bolles, Glen Mitchell, Ray Pullen and Chris Mitchell with Parks & Recreation for their dedication and hard work, not just on this project, but for all the work being done around the park to be enjoyed by everyone.

Upcoming books will be nature oriented to help kids and adults understand “that nature is not our enemy, diabetes and bubble-wrapped kids is what’s killing us. It’s not tall grasses and flowers,” said Freeman, who has donated more man hours to the park than any individual associated with Don Davidson Park.