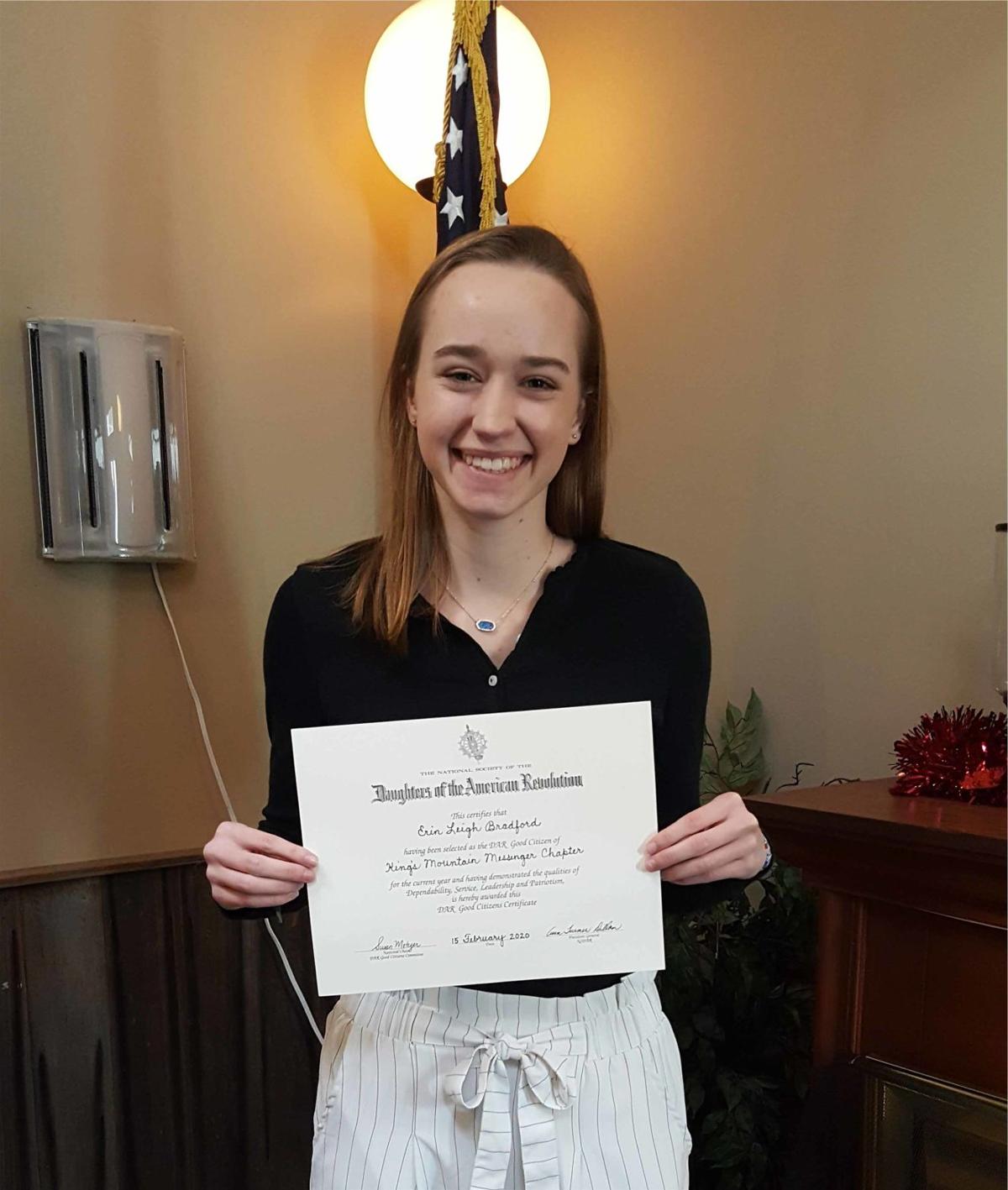 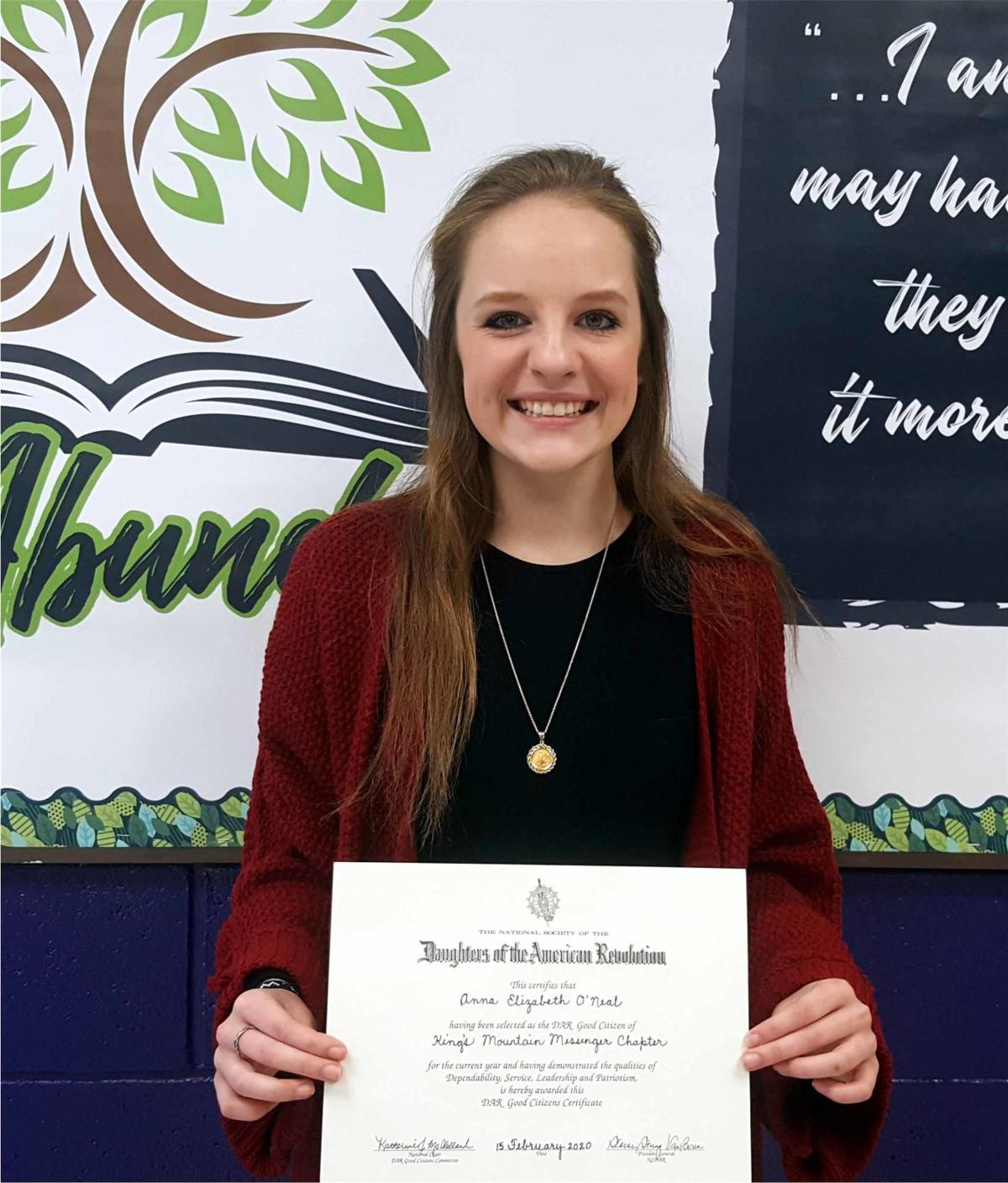 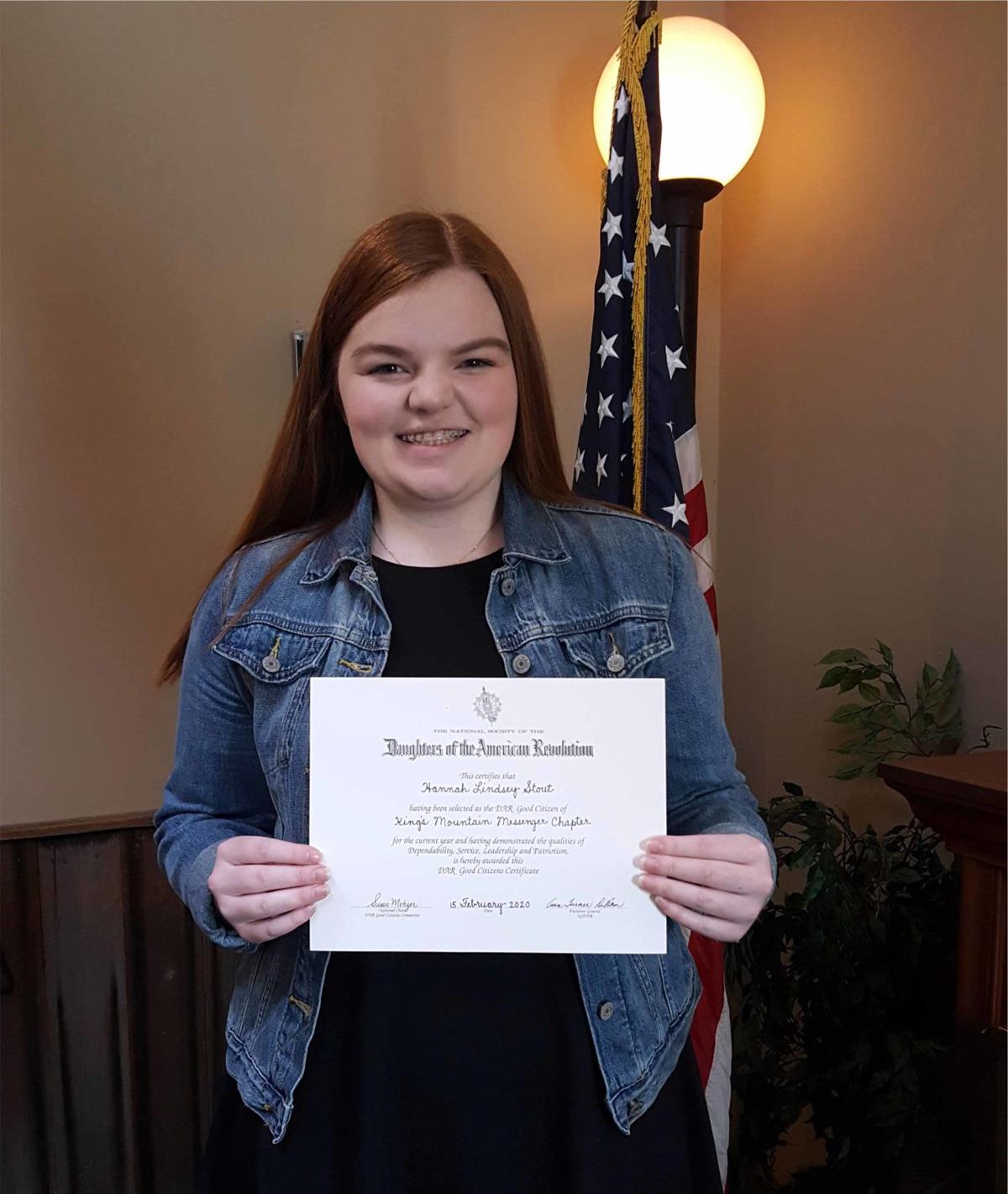 Dependability, service, leadership, and patriotism.These are the qualities of a DAR Good Citizen.

Each local high school may select one of its seniors annually to be recognized as a DAR Good Citizen by the local chapter of the National Society of the Daughters of the American Revolution.

The Kings Mountain Messenger Chapter presented each of the three seniors a check, a DAR Good Citizen certificate, Good Citizen wallet card, and a DAR Good Citizen pin.The Good Citizen’s pin is encircled by 13 stars for the 13 original colonies; the band of blue enamel identifies it with the Daughters of the American Revolution.

In the center are four books suggesting school days with the titles of Dependability, Service, Leadership, and Patriotism.                      Circling the books is the Laurel Wreath of Honor and behind is the Torch of Understanding. The checks presented to each of the Good Citizen recipients were made possible through donations made in memory of Patricia Kennedy Bivens, a longtime Kings Mountain Messenger, DAR Chapter member, who passed away in 2020. According to Sherrie Tomerlin, DAR Regent “The chapter extends appreciation to the Bivens family for asking that any donations made in memory of Mrs. Bivens be directed to the DAR Good Citizens fund of the local DAR chapter.”

“For their honesty, punctuality, cooperation, helpfulness, responsibility, personality, self-control, initiative, and unselfish loyalty to American ideals, these young American citizens have been given well-deserved recognition by their schools and the Daughters of the American Revolution,” said Tomerlin.