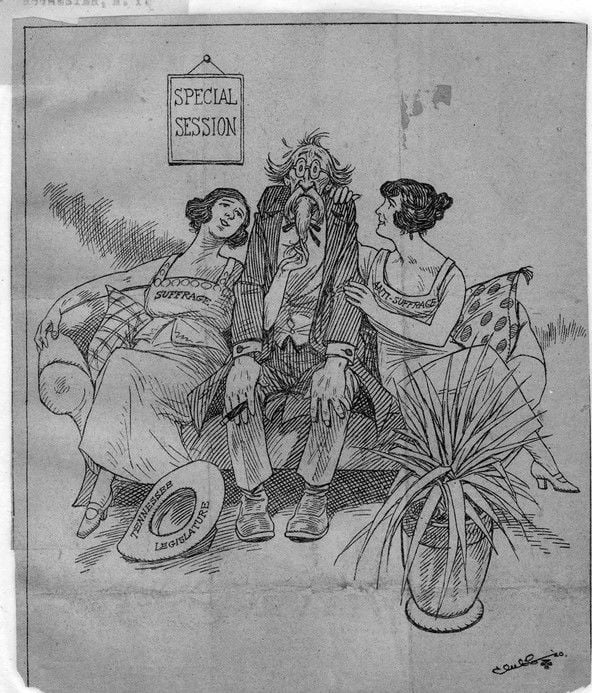 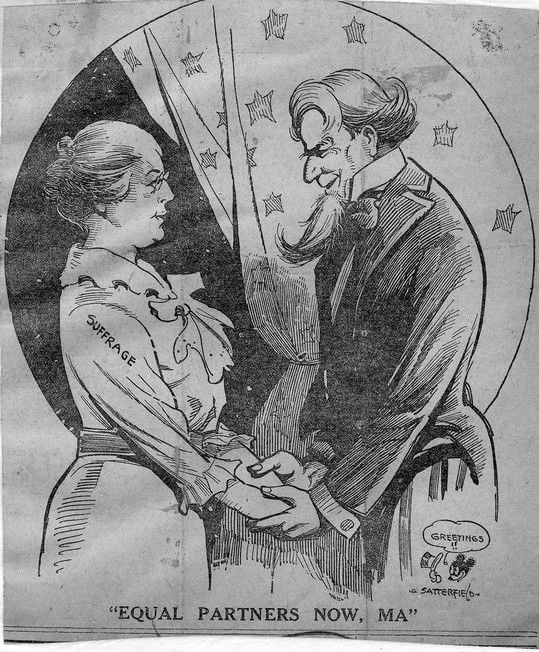 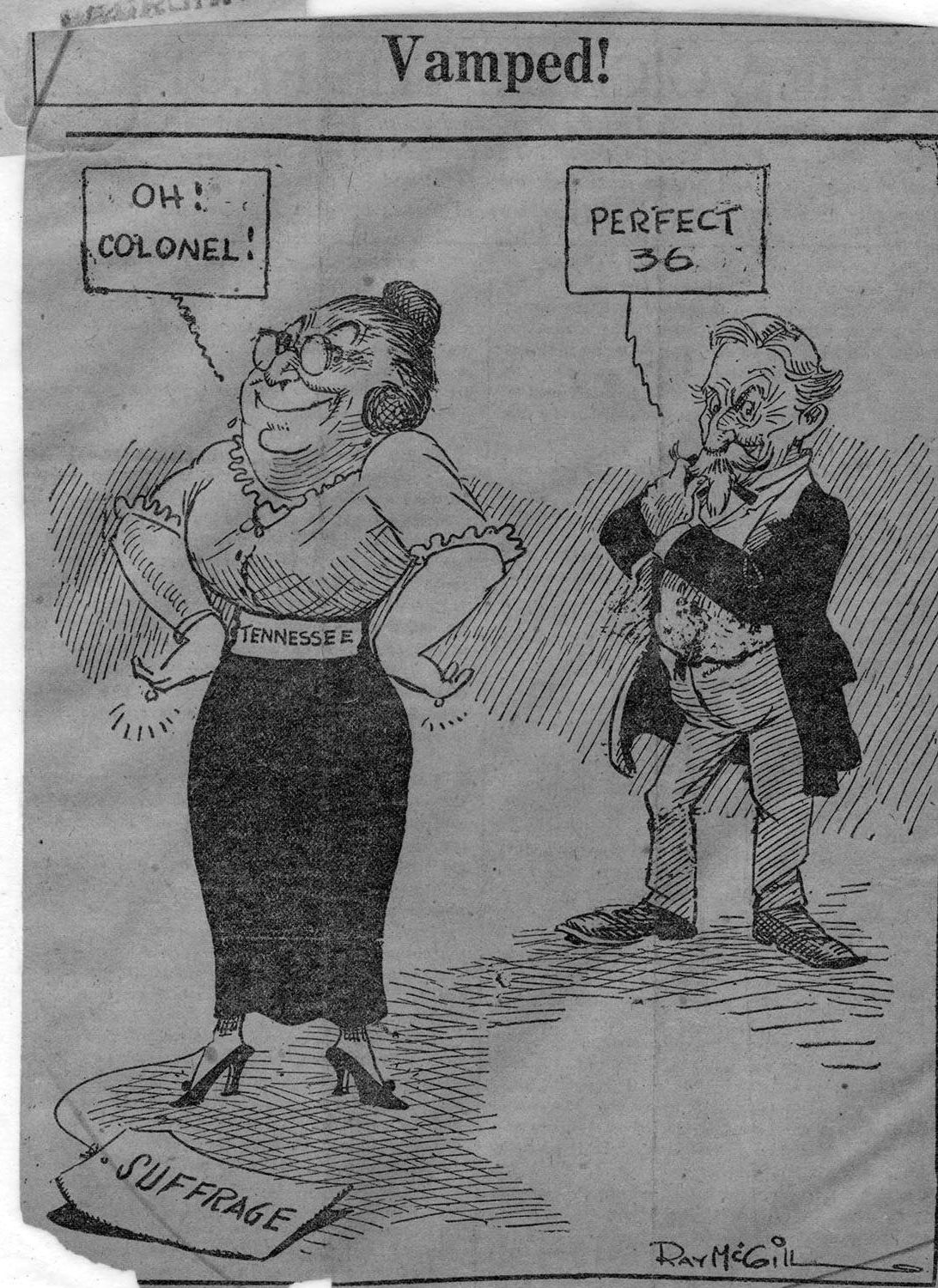 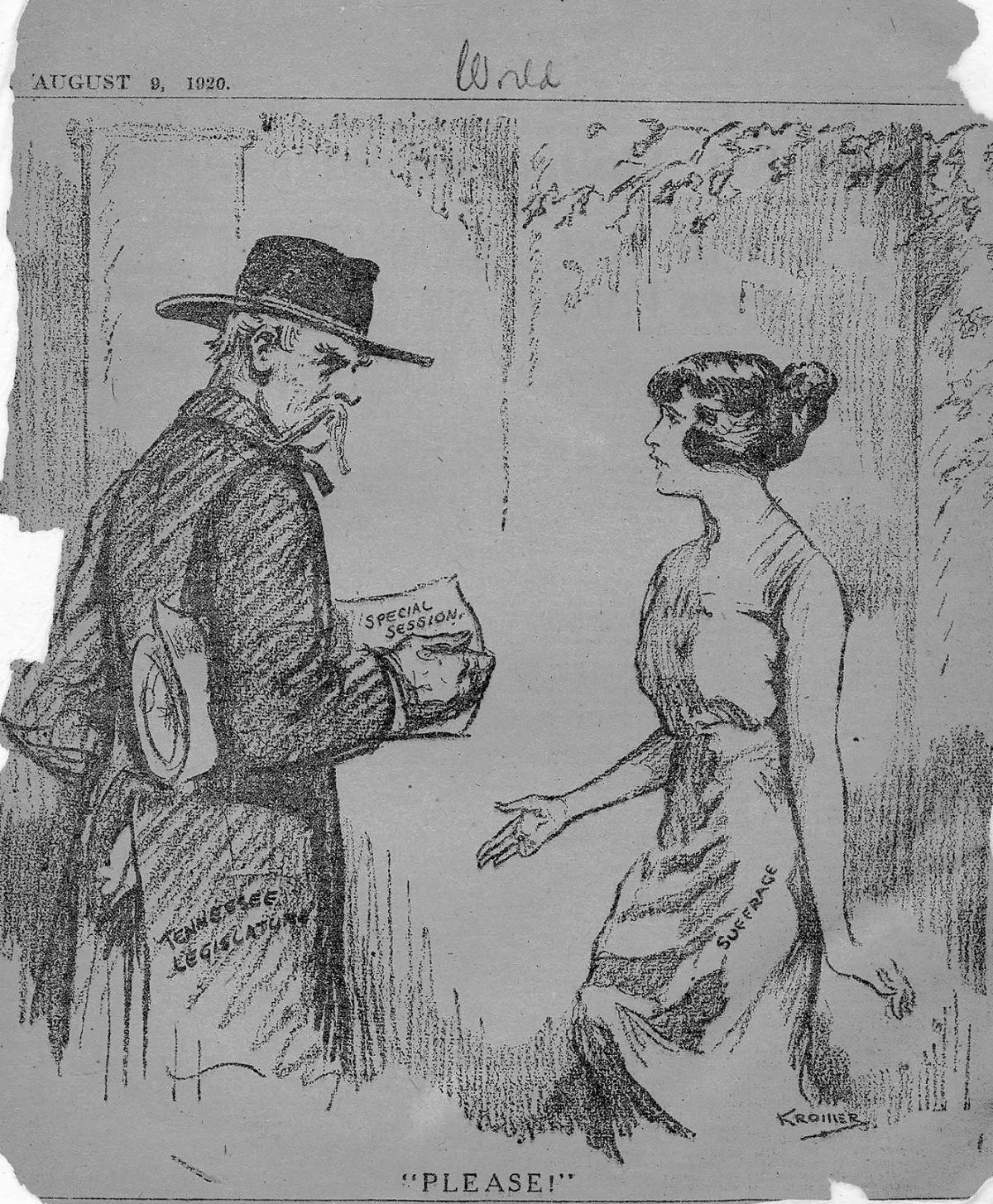 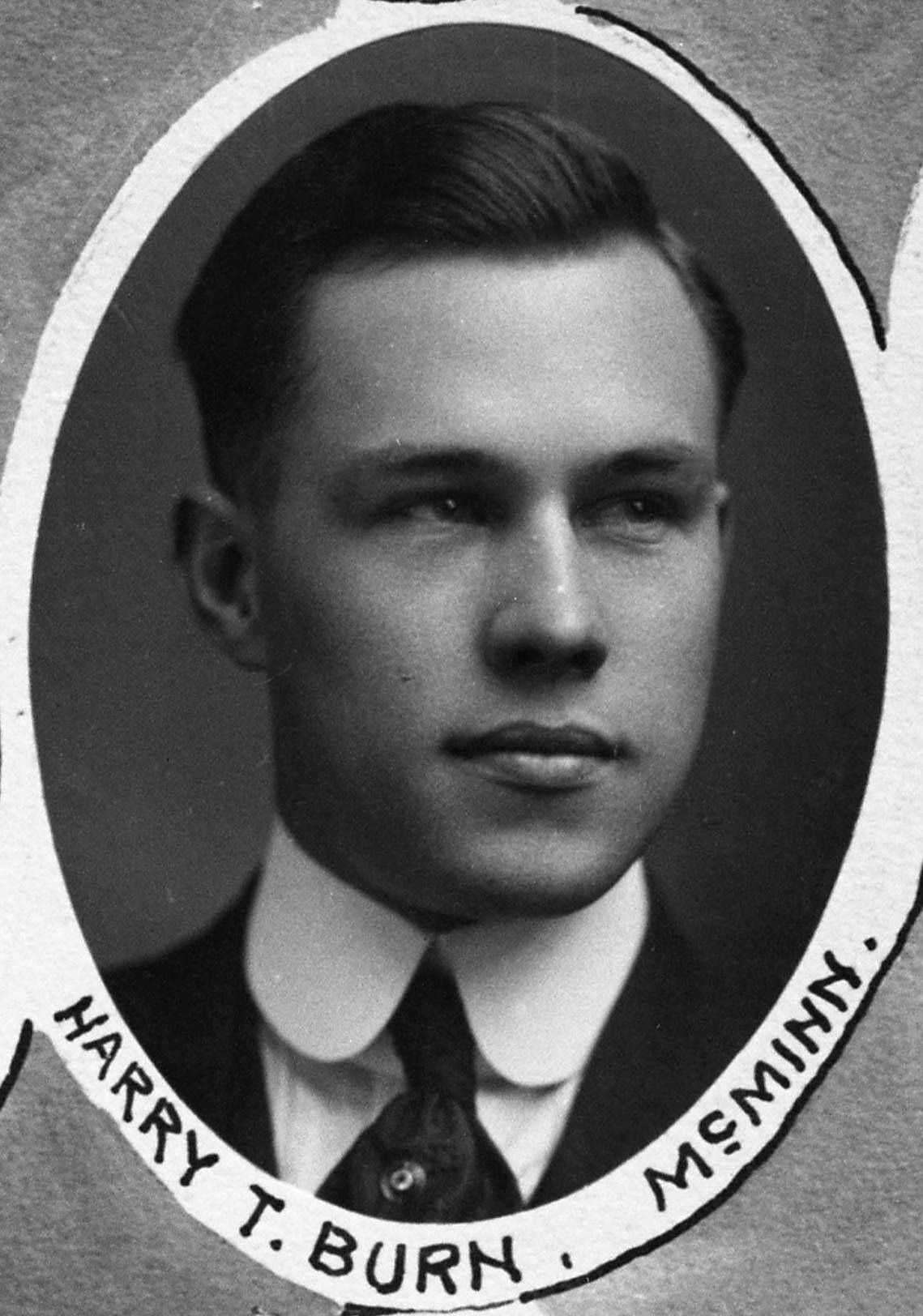 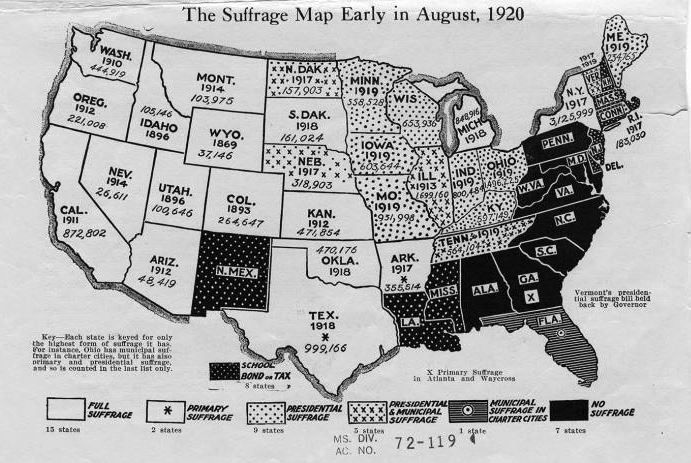 Editor’s note: The following was written by State Rep. Robin Smith of Hamilton County, in conjunction with the Official Committee on the Tennessee Woman Suffrage Centennial. The essay is the first in a series celebrating the Tennessee Press Association’s 150th Anniversary in 2020, taking a look at how newspapers played a role in reporting, supporting or influencing historic events.

August 1920. In world news, Ethelda Bleibtrey became the first woman to medal at the Olympics setting the women’s 100m freestyle world record. In the U.S. – just 48 states at the time - the first commercial radio station began daily broadcast in Detroit - 8MK (WWJ) as the printed news of newspapers was the near-exclusive method of mass media of the day. No, TV was not yet available. Sirloin steak cost about 48 cents per pound, milk was 17 cents per quart and gasoline was about 30 cents per gallon to fuel the Model T Ford, invented just twelve years earlier.

And, women were given the right to vote in federal and presidential elections via the 19th Amendment.

This month, August 2019, Tennessee launches the Centennial celebration of a year to learn and appreciate the history and civic value of woman suffrage and our state’s pivotal role cast on the canvas of appreciation of the value of mass communication in this achievement.

Why August and why Tennessee?

Back in June 1919, the key legislative domino fell in the nation’s Capital that put into motion a months-long battle with Suffragists (be sure not to say Suffragettes) and anti-Suffragists mobilizing a state-by-state movement to ratify the U.S. Constitution, as required by law, to add the necessary amendment which declares, simply: “The right of citizens of the United States to vote shall not be denied or abridged by the United States or by any State on account of sex…”

Thirty-six of the forty-eight United States would each now need to ratify the amendment to make it the law of the land.

The woman suffrage effort started back in 1848 at a convention held in Seneca Falls, N.Y., hosting around 300 women. Quite a feat with the few newspapers of the day, letters and word of mouth serving as the operational method for communications!

Two national organizations formed after the ravages of the Civil War to fight for woman suffrage – the National Woman Suffrage Association (NWSA) worked the halls of the U.S. Congress with its key figureheads Susan B. Anthony and Elizabeth Cady Stanton, and the American Woman Suffrage Association, led by Lucy Stone, lobbied state legislatures to pass laws permitting women to vote. Their original goal was that woman suffrage be included in the Reconstruction Amendments (the 13th, 14th and 15th) that established a protection of voting regardless of race, color, or previous status of servitude.

Just as today, political cartoons and opinions were written, submitted and published in efforts to make a public point for or against the woman’s right to vote, most often from a reasoned stance. Yet, some dared sensational arguments that even equated women having a voice with the disruption of the home.

By March 1920, thirty-five states had voted to support universal woman suffrage, and only one more was needed for national ratification. Understanding that Tennessee was the last, best hope, our state became the epicenter of the suffrage movement with newspapers blaring the headlines of the drama ahead.

Governor Albert H. Roberts called a special session of the Tennessee General Assembly as suffragists and the “antis” descended on Nashville in the heat of August 1920. Both groups set up headquarters at the Hermitage Hotel, a popular gathering place just a block from the Capitol to intensify their lobbying efforts of a divided House, after the Tennessee Senate easily passed the ratification resolution.

A tool for vote-counting was either red or yellow-rose boutonnieres worn by legislators. Red signaled opposition while yellow stood for the woman vote. Roses and reporters were key elements of the day, but a handwritten letter from a mother forever left a mark.

On August 18, 1920, suffragists and anti-suffragists packed the public galleries in the House chamber. The atmosphere was tense as House Speaker Seth Walker of Lebanon led the “antis.” with Joseph Hanover of Memphis the politician leading for women. Walker unsuccessfully attempted to table the amendment, which would have effectively “killed” the bill. The vote was tied with a second vote called to move the resolution.

The youngest House member, 24-year-old Harry Burn of Niota, faced an internal dilemma. His coat pocket held a 7-page letter from Febb Burn, Harry’s mother. Febb had read the speeches given in the General Assembly in her local newspaper, and she was mad. Among general news of the family farm, Febb used the letter to persuade her son to change his anti-suffrage stance, writing “hurrah and vote for suffrage!” Sporting a red anti-suffrage rose, Burn shocked the chamber by declaring, “aye” for the amendment, thus breaking a tie and changing the course of history.

While America attentively watched, well, actually read through their newspapers, activist efforts of the anti-suffragists to reverse the vote failed. Using parliamentary and procedural moves, thirty TN legislators left the state, fleeing to Alabama as reported by the Philadelphia Evening Ledger on August 21, 1920. The Norwich Ledger of Connecticut noted the attempts to overturn the votes in the Tennessee House, but the Santa Fe New Mexican ran the banner headline, “Women will vote in next presidential election in November; Tennessee thirty-sixth and final state to ratify Susan B. Anthony Amendment.”

Tennessee provided the 36th and final state needed to ratify this landmark amendment to the U.S. Constitution, earning itself the nickname “The Perfect 36.” Tennessee had given 27 million women the right to vote.

All of this history is thanks to motivated individuals using the tools of the day, primarily the written word and their own energy, to forever change history. While much has changed, much remains the same.

The newspaper business didn’t get off to a good start in America. “Publick Occurrences Both Foreign and Domestick”, the first real newspaper i…