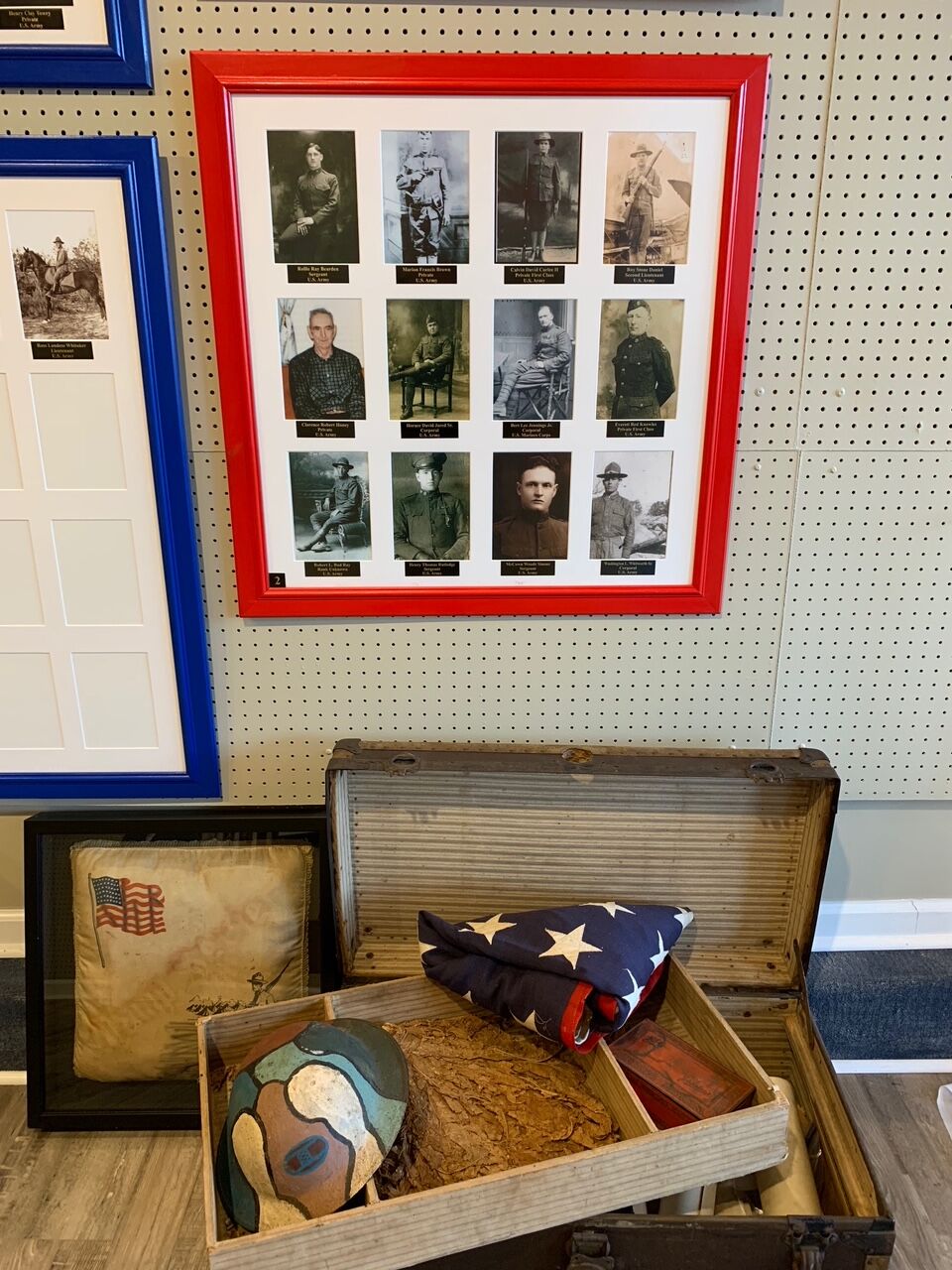 In addition to the 1,200 photos of men and women from this area who have served our country, beginning with the American Revolution to present day conflicts, memorabilia from family members have been donated to the Warrior Exhibit, located at 113 Main Avenue North. 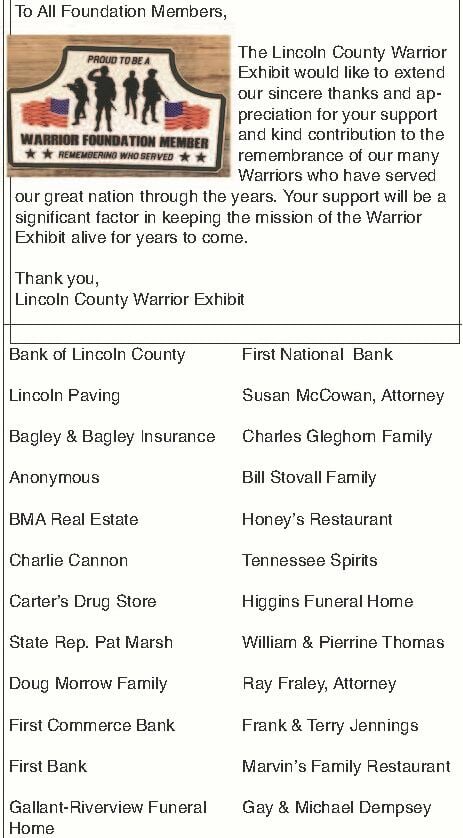 In addition to the 1,200 photos of men and women from this area who have served our country, beginning with the American Revolution to present day conflicts, memorabilia from family members have been donated to the Warrior Exhibit, located at 113 Main Avenue North.

While many people across America are trying to erase our country’s history, a few warriors in Fayetteville are working to preserve the memories of men and women from this area who fought for the freedoms we hold dear, while proving that the power of one man or one woman doing the right thing for the right reason and at the right time is the greatest influence in our society.

In 2015, Linda Williams went to the museum to donate her brother Bobby’s uniform because the museum didn’t have any memorabilia from the Vietnam War. Bobby Williams was killed in action while serving his country during this war that was very unpopular with most Americans. His death left an empty void in the life of this prominent Fayetteville family, as well as the community at large. To properly display his uniform, a display case was needed; however, the museum didn’t have one so private donations were collected to make that purchase.

Possessing the desire to keep Bobby’s memory alive and knowing others who had served this country, a spark ignited and, with the help of The Warriors Exhibit Team (later becoming Friends of Fayetteville-Lincoln County Veterans, Inc.), the Warrior Exhibit came to be.

Photographs were collected - many donated by families whose sons, grandsons, brothers, husbands, daughters, granddaughters, sisters and wives wore the uniform. They paid $20 each to have their loved one’s picture displayed and their soldier remembered at the exhibit that first opened at the Parks & Recreation Center six years ago. In 2019, the exhibit was moved to its new home on Main Avenue North and features other artifacts and history of Lincoln County’s military heroes.

White walls serve as the backdrop for the pictorial display of more than a 1,200 veterans who have lived here and served or are serving in the military from the American Revolutionary War to current conflicts. Many of the warriors returned home after serving their country, others came home in flag-draped coffins, while some are still missing in action.

As with any worthwhile project, it takes money to keep this non-profit organization operational to continue remembering and honoring these warriors. Today, the word warrior is often used to describe a person or persons who are engaged aggressively or energetically in a cause and who don’t easily give up. Fayetteville and Lincoln County is home to some of them. Another spark has ignited!

The action of one individual who isn’t seeking accolades asked Williams and Gay Dempsey to help put together a list of 20 names - individuals and businesses who would “step up to the trough” – and donate $1,000 each to support the Warrior Exhibit. To date, thanks to Frank Jennings’ idea, more than 20 names have been added to the list. These funds are being used to establish the Warrior Foundation. The original contributors will be recognized for their donations and support in keeping the Warrior Exhibit operational and the memory of all these soldiers alive for generations to come. Going forward, the best part is that anyone can donate, no matter the dollar amount! Checks can be mailed to Warrior Exhibit, 113 Main Ave. N., Fayetteville, TN 37334.