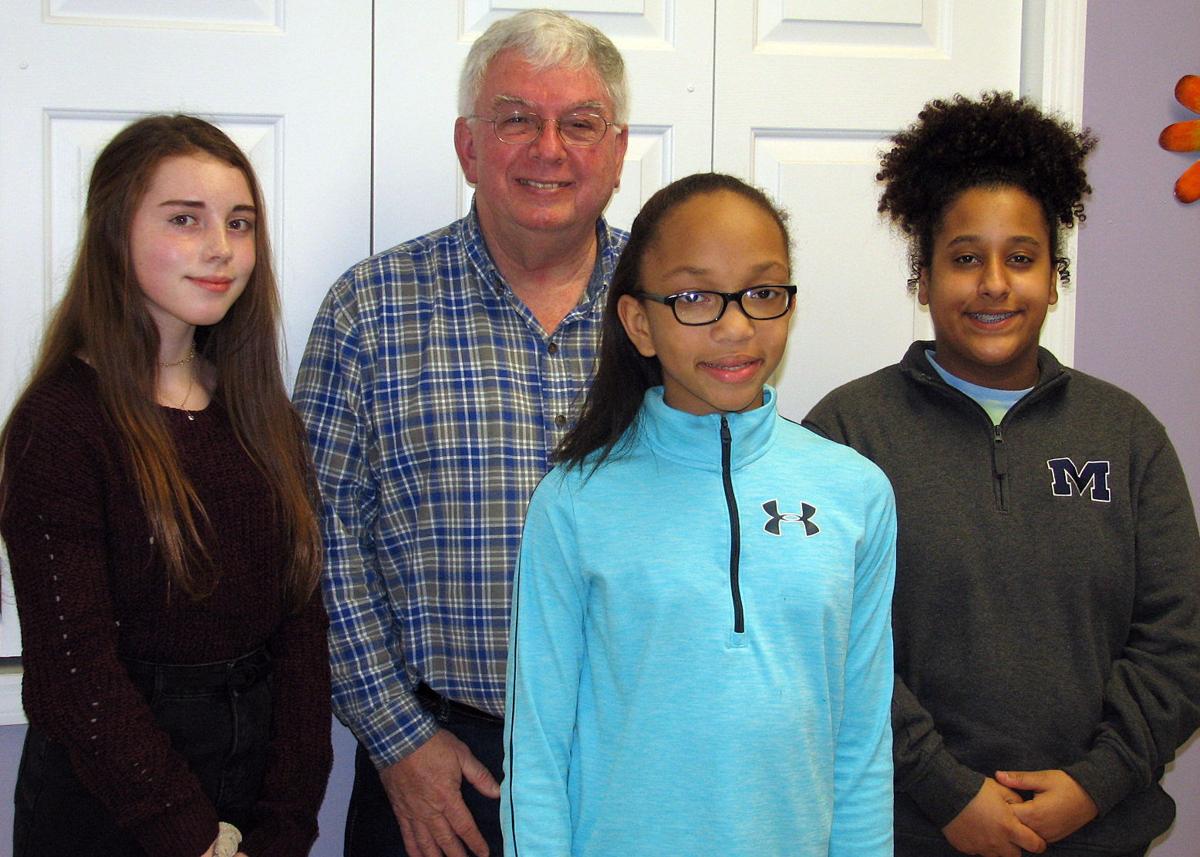 Rowan Gafford, Kamari Oden, and Helen Ricks are among the winners in the Fayetteville Lions Club’s 34th Annual Peace Poster Contest. Pictured with them is Lion Cal Perkins, contest chair. 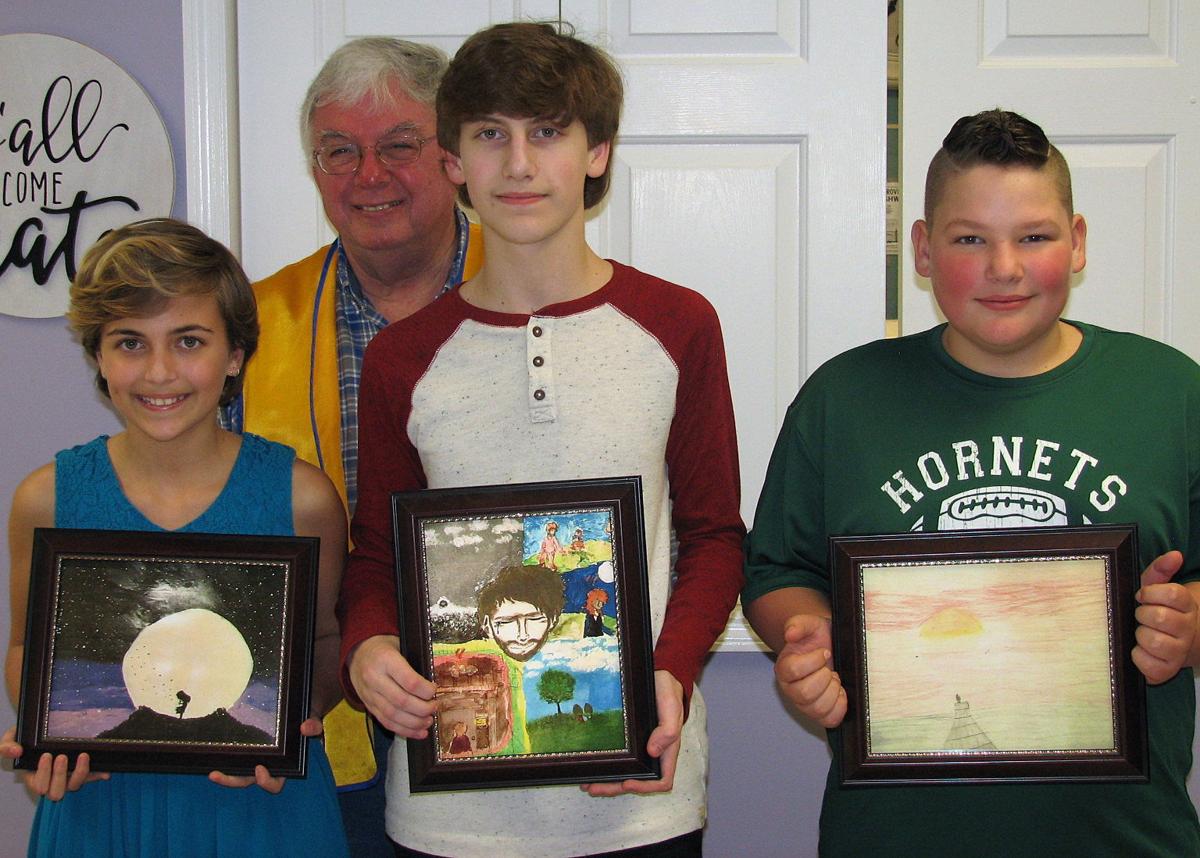 Rowan Gafford, Kamari Oden, and Helen Ricks are among the winners in the Fayetteville Lions Club’s 34th Annual Peace Poster Contest. Pictured with them is Lion Cal Perkins, contest chair.

A winning poster for each participating school was selected in November by a panel of judges for originality, artistic merit and portrayal of this year’s contest theme, “Journey of Peace.” The winners and their parents were invited to Lions meetings in February where they showed their winning designs to the club and were each presented a check for $100, a certificate, and a framed picture of their peace posters.

Each of the six local winners provided a quote describing her or his inspiration for their poster.

“My peace poster is about a girl who is bullied, and she finds hill and escapes away from everyone,” said MaKenna Dillon.

“The journey to peace is filled with hardships, but light shines through the darkness,” said Zachary Nichols.”

“Let’s wander where the WiFi is weak,” said Koda Chandler.

“God is the origin of all peace; through Him it is available to all,” added Rowan Gafford.

“Have Peace so you can spread love”, said Kamari Oden.

And Helen Ricks said, “We need to stop the violence and fight for peace.”

These winning posters were also forwarded to the Lions’ District 12-S competition where they competed with entries sponsored by over 40 other Lions Clubs across Middle Tennessee.

At the District Convention on Feb. 15, it was announced that Zachary Nichols from Fayetteville Middle School won second place in the district level contest! He was awarded an additional $250.

The Fayetteville Club’s Contest Chair, Cal Perkins explained that “The first place posters at the district level compete at the state level. The state winners compete at the international level where one international grand prize winner receives a cash award of $5,000 plus a trip to a special award ceremony at the United Nations Headquarters.”

The local posters were among more than 450,000 entries submitted worldwide in this year’s contest. Lions Clubs International sponsors the program to emphasize the importance of world peace to young people everywhere.

“We had beautiful and insightful Peace Posters turned in again this year by very talented student artists, all between the ages of 11 and 13,” said Perkins. “Thirty three students submitted posters in the local contest, a record number!

“These artists are being recognized for their talent and the hard work and time they invested in their posters. A thank you goes out to each school, teacher and principal who supported the students in this contest, and to the parents, family and friends for supporting and encouraging these young artists. A thank you also goes out to the membership and officers of the Lions Club for their support of the Peace Poster Program.”

Past international grand prize winners may be viewed at at https://www.lionsclubs.org/en/start-our-approach/youth/peace-poster/grand-prize-winners. Lions Clubs International is the world’s largest service club organization with more than 1.4 million members and 48,000 clubs in over 200 countries around the world. Since 1917, Lions clubs have aided the blind and visually impaired and made a strong commitment to community service and serving youth throughout the world.