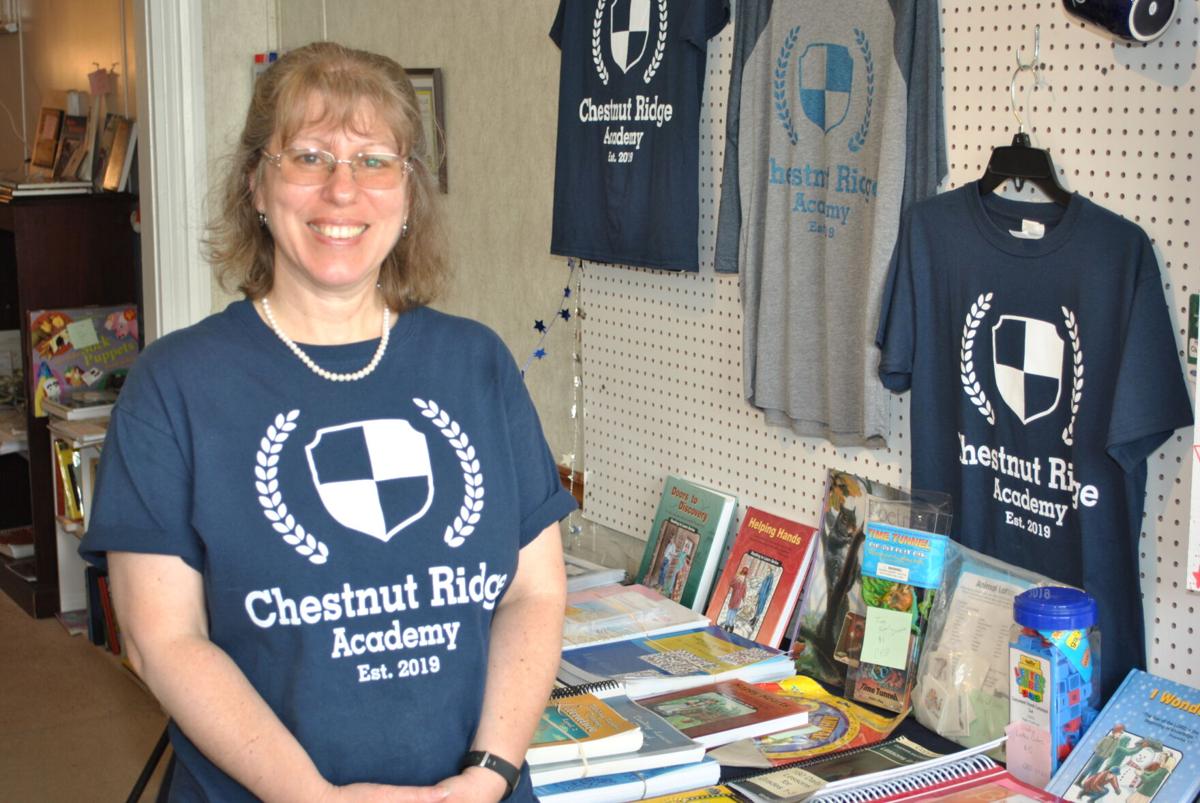 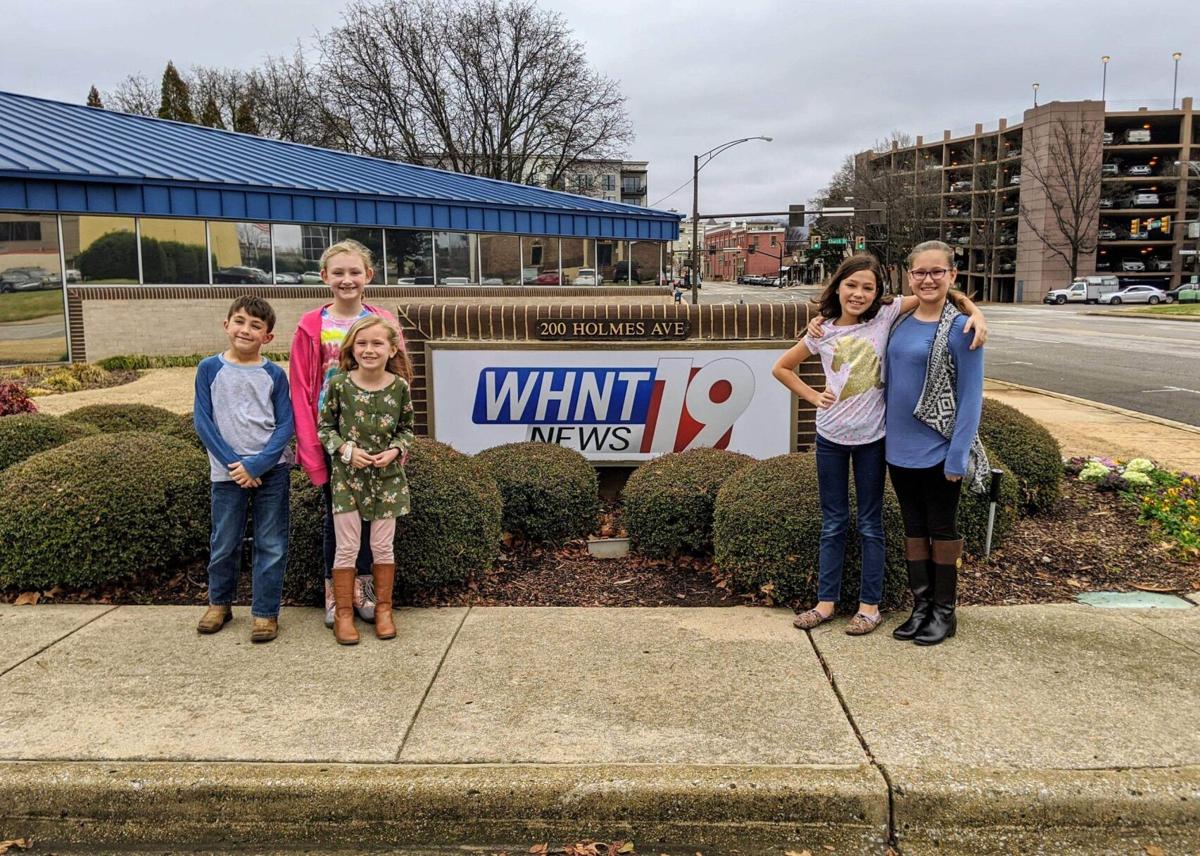 Four years ago, several changes in the lives of Melissa and Ley Jean were taking place that resulted in their decision to begin homeschooling their children. Melissa gave up a successful job at Redstone Arsenal in Huntsville; they became foster parents; and, Ley started his preaching career, in addition to his full-time job as Vice President and Branch Manager/Loan Officer at the Bank of Lincoln County Bank’s Park City branch.

This family of five lives on a working farm where they raise cattle, goats and chickens, and hay for their animals.

“With all these changes in our lives and after a lot of prayers, we decided homeschooling was a better fit for what we thought best supported the strengths and weaknesses in our children’s education,” Melissa shared. “We were very impressed with families we associated with who homeschooled their children and this seemed the next natural step for our family.”

After much research, the Jeans enrolled in HomeLife Academy, a church-related umbrella school, which is the most common method used by families in Tennessee. It’s also one of three home school options in Tennessee as set out under the state’s Homeschool law.

The other two options include operating as an independent homeschool or enrolling in an accredited online school. Each option has specific requirements that must be met as defined by law.

Patti Hunt graduated college with a duel major in Early Childhood and Elementary Education and taught in public school for six years before becoming a mom. When her oldest child reached school age, Hunt looked beyond the public educational system and researched homeschooling.

“Homeschooling coincides with my philosophies in education,” shared Hunt, Founder/President of Chestnut Ridge Academy & Satellite School. “I believe that for every child out there, there is a different way of learning. Homeschooling allows the freedom and flexibility to meet the needs of the individual child.”

She said that while all homeschool families have a common goal to educate their children in a way that best meets the child’s needs, no two homeschools look alike. Methods and curriculum vary from household to household.

Chestnut Ridge Academy & Satellite School starts with the premise that educational rights belong to the parents. Parents know their children’s strengths and weaknesses and should be trusted to provide the best education possible with these things in mind.

In addition to Hunt, Chestnut Ridge Academy has a seven-member board – one of which is a home-school graduate and the others are active within the home-school community.

To home school legally in the state of Tennessee, parents must register with their local school system or an umbrella program, Hunt shared. Requirements vary slightly from one umbrella to another and different umbrellas offer different activities. It’s important for parents to research umbrellas and ask questions to find out which umbrella is a good fit for their family.

Parents are expected to homeschool for 180 days and instruction must take place four hours a day. The four hours a day doesn’t have to be workbooks or time on the computer, Hunt added. For younger children, playing with Play Dough, building with blocks and taking nature walks can be part of those four hours. Plus, it is legal for parents to hire tutors for those tough subjects. Sometimes classes are offered through co-ops and there are private tutors available to help teach. Many times, when parents work, grandparents step in and help with the teaching.

Homeschooling has come a long way since the early 1980s and a new generation is now free to teach their children.

Forty years ago, parents were arrested and indicted for their constitutional and fundamental right to direct the education of their children. Others were charged with truancy and/or child abuse due to their desire to homeschool their children. This was a radical step during a time when our country entered its Post Christian Age and parents were no longer seen as the highest and best authority of their children. The state considered itself so. The Department of Education thought children should be taken from their homes at early ages and educated by “professionals.”

It was in 1985 that Gov. Lamar Alexander signed homeschool legislation into law that legalized Tennessee as a “Private School Option Homeschooling State” for grades K-8. And in 1994, Gov. Ned McWherter signed into law the bill allowing church-related schools to enroll K-12 homeschoolers.

When Hunt began researching homeschooling 20 years ago, she said the Internet was relatively new and technology was constantly changing. She spent a lot of time at the library and was placed in an email loop that enabled her to learn about what curricula was available and to meet other parents who were homeschooling.

Jean recommends Easy Peasy All-In-One Homeschool available at https://allinonehomeschool.com that was launched by a homeschool mom who compiled every free educational resource she could find ranging from kindergarten through 12th grades.

Today, an estimated 300 students are being homeschooled in Lincoln County, according to Hunt. And, more parents are considering homeschooling, especially with all the uncertainty hanging over schools due to the corona virus. However, homeschooling isn’t for everyone.

Both Hunt and Jean say that homeschooling should meet the particular needs of their children that public or private schools are providing.

“At this unprecedented time, we are aware that many families are looking to find the best educational option for their children,” Hunt stated. “Some who may have never considered homeschooling are now seriously considering it for the flexibility and the low cost. Homeschooling allows you to make decisions based on your family’s needs and the individual child’s needs.”

Jean highly recommended connecting with other homeschool families. “Having them to lean on offers assurance of being successful. And as homeschooling parents we have to have grace for ourselves,” she said, adding that their children are thriving as homeschoolers.

“We are blessed to live in a country where parents have the option of sending their children to a public or private school or homeschooling them,” Hunt said.