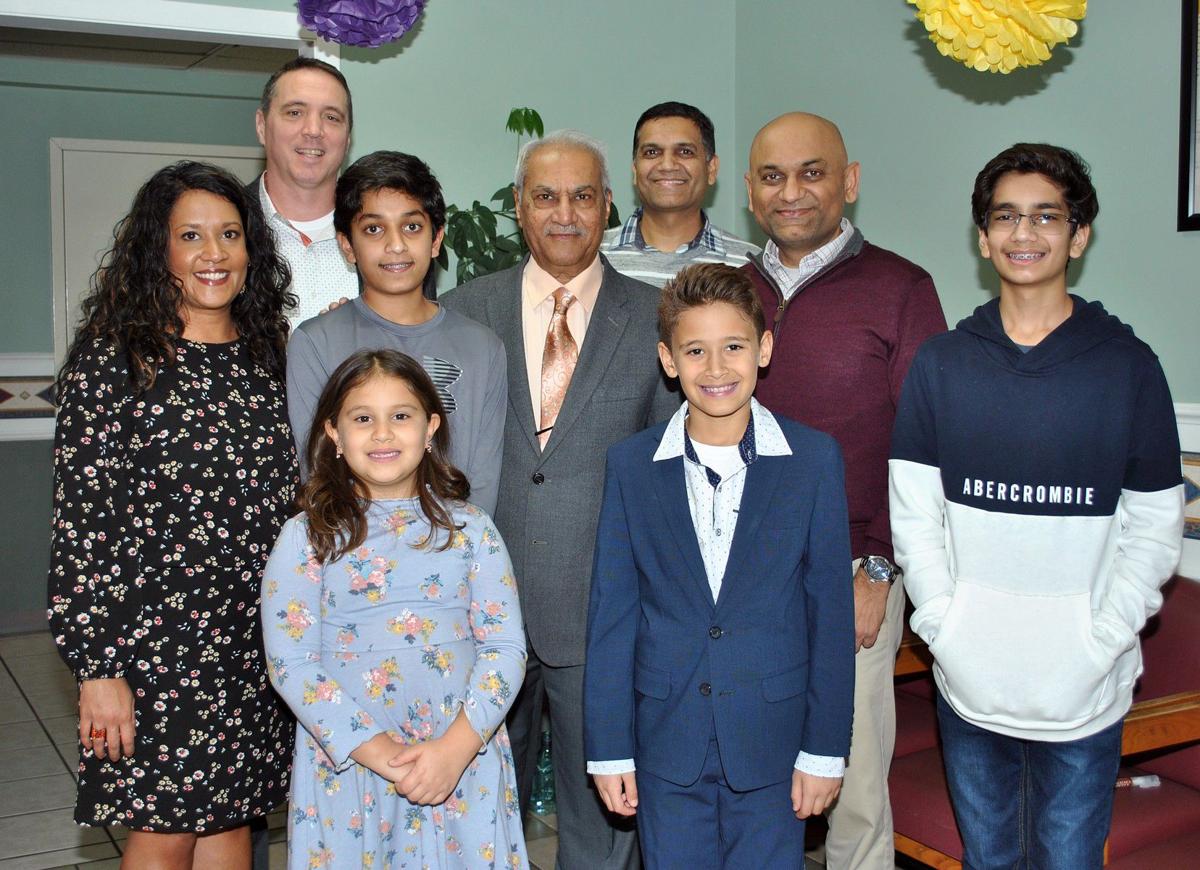 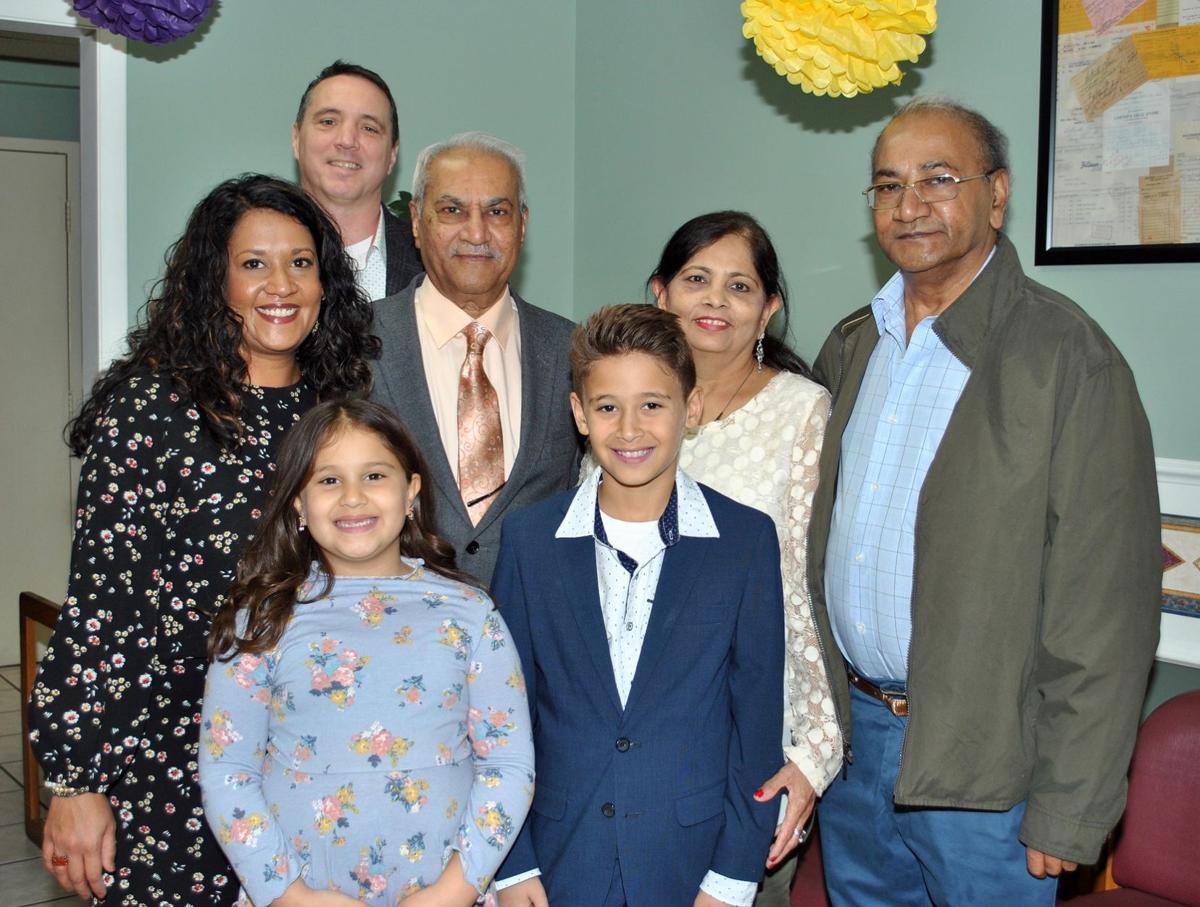 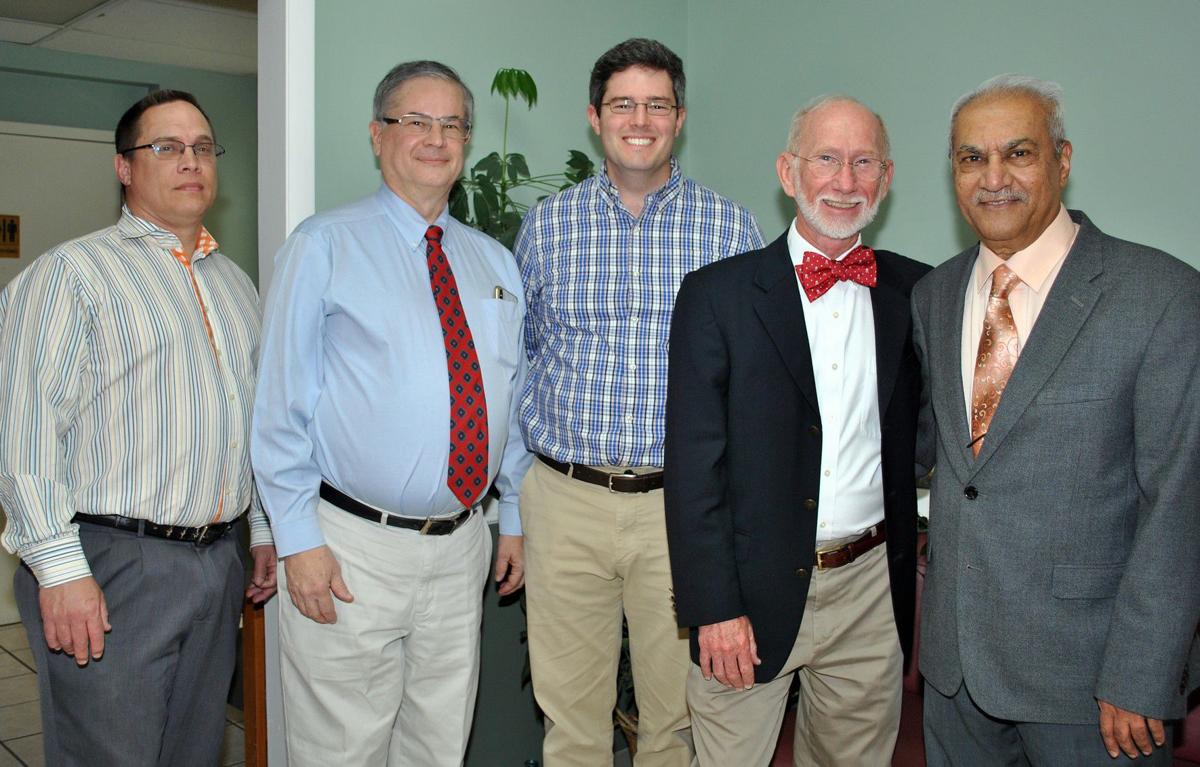 A career spanning five decades of dedicated service as a local internist and gastroenterologist will come to an end Dec. 30 as Fayetteville’s Dr. Yashwant P. Patel retires.

“I wouldn’t change a thing,” he said. “Fayetteville is home to me – I couldn’t have asked for a better place to come and spend my life’s work as a community physician.”

His final day in practice has been proclaimed as Dr. Yashwant Patel Day across Lincoln County by Mayor Bill Newman. A proclamation honoring the physician was presented to Dr. Patel Thursday during a reception hosted by Lincoln Health System. Another reception was also hosted earlier this month by Fayetteville Medical Associates, where Patel has practiced for the last 35 of his 43 years here.

“For more than 43 years, Dr. Patel has promoted health and wellness in Lincoln County through his compassionate care for countless members of the community,” said Newman as he read the proclamation at Thursday’s reception.

“Dr. Patel has led by example, proving his commitment to the health of the community through his leadership and service to Lincoln Health System and the community by serving in multiple leadership roles,” he continued, noting that the physician has served as chief of the medical staff, medical director for a local nursing home, chairman of the medicine department, director of emergency medicine, and co-director of medical services at the Lincoln County Jail.

“Dr. Patel dedicated his entire career to the people of Lincoln County, earning the admiration and respect of his patients, colleagues, and community members in Lincoln County for his professionalism, hard work, and the compassionate care he has provided,” Newman added.

It was 1971 when Patel came to the United States. Born Sept. 13, 1945 in Mombasa, Kenya, he attended Faculty of Medicine, RPTP College, earning his pre-med degree in 1965. In 1971, he earned his medical degree from Baroda Medical College at MS University in India, and that same year, he came to the United States, completing his residency in 1974 at the Catholic Medical Center of Brooklyn and Queens General Hospital in New York City and his fellowship in gastroenterology at the Catholic Medical Center.

“I had a choice when I graduated from high school,” he recalled, noting that he decided to pursue a career in medicine instead of following in the footsteps of his father, a businessman in Kenya. After graduating from medical school, his father-in-law, also a businessman, urged him to consider practicing there.

“He said, ‘Why don’t you come here and practice – you’ll have a thriving practice,” Patel said. “I would have, but safety was an issue there in some of the bigger cities ... I decided I wanted to go to the States and pursue a career here.

“It was a big journey, but I have absolutely no regrets,” he said.

In December of 1976, he came to Fayetteville, opening his practice with Dr. Dushyant N. Bhatt, another internist with whom he had completed residency in New York City, and joining the staff at what was then the Lincoln County Hospital.

“We were looking for a smaller city with a larger city nearby,” he said, explaining that their search brought them to Fayetteville. With Huntsville, Ala., close by, it was a good fit. “We really liked this area, though I didn’t totally know how well it would go ... In those days, we generally didn’t think about certain issues, but I’ve never been treated any way but great.

“Some of it was a lot of change, especially for me and my wife, but we adjusted well and it became home to us,” he said, reflecting on he and his beautiful wife, Shobha Yashwantbhai Patel. The couple had married in 1970 and enjoyed 44 years together. She passed away five years ago.

In 1978, Patel went into practice with Dr. Anne Bolner and then in 1984, he joined Fayetteville Medical Associates.

“I’ve been very fortunate to have worked with some great physicians,” he said, recalling such iconic names as Drs. Young, Patrick, Toone, the elder Jones, Gowda, and Bolner, as well as the physicians he currently works with at Fayetteville Medical, including Drs. William R. Jones, Charles A. Kidd, David McCauley, Fred Ralston, Jr, Paul D. Sain, and William K. Spears, and nurse practitioners, Kara Hall and Bartie Scott.

“Since 1984 here, it’s been like a big family,” Patel continued. “The doctors here are wonderful ... We’re fortunate to have some really good physicians across our community.”

He is also very appreciative of his nursing staff, Doris Quick and Linda Hopkins, both of whom have retired – “Doris kept me grounded,” he said, smiling. “And Linda has helped me a lot. They’ve both been very good to me.”

The relationships and many roles he has held over much of the past 43 years will be greatly missed, he said, adding, though, that he is ready for new chapter as he retires.

“I’ve spent my life in dedicated service to this community, but now, I think I’m ready to sit back a little, chill out, travel, and enjoy the family, especially my grandkids.”

His daughter, Sanjana, and her husband, have two children, Kieran Thomas Stamm, age 12, and Patel Stamm, 7, and they reside in Nashville. His son, Dhiren, lives in North Carolina.