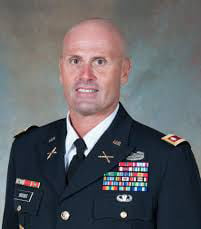 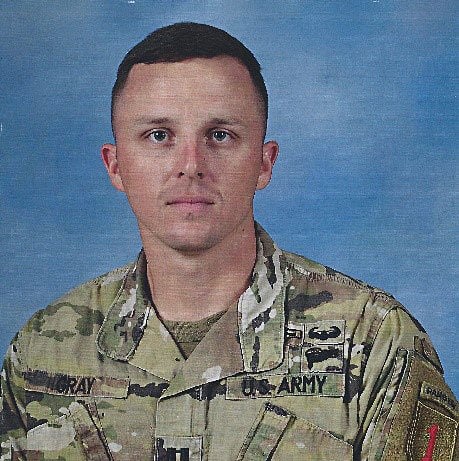 Two Fayetteville-Lincoln County natives are among an elite group of Army officers who recently received high honors from the United States Army as a reward for their hard work, dedication, discipline, leadership, and sacrifice.

Cpt. Charles (Hank) Gray, of Fayetteville, is currently the Aide-de-Camp to the Commanding General of the First Infantry Division and is a recent recipient of the Fiscal Year 2019 Gen. Douglas MacArthur Leadership Award. He will receive the award in Washington, D.C., later his year.

Both officers currently serve in the same office in Fort Riley, Kansas.

On March 20, the U.S. Senate confirmed the Office of the Chief of Staff Promotion list of officers who have been confirmed for promotion to the rank of brigadier general. Col. Brooks will receive his official promotion later this year.

As a youth, Col. Brooks admired his father, Winston Brooks, who attended Columbia Military Academy but later became a pharmacist and the selfless service of his two uncles in the military.

Their service inspired Brooks to join ROTC, and he later attended Memphis State University, where he earned a bachelor’s degree in physical science. Next, he attended the United States Army Command and General Staff College, where he earned a master’s in military art and science.

He worked his way up through the ranks, from first lieutenant, major, colonel major, major/lieutenant, lieutenant colonel, colonel, to his present position.

He served in Operation Joint Endeavor, Bosnia-Herzegovina; Operation Enduring Freedom in Iraq and Afghanistan; and during Operation Atlantic Resolve, Europe, had the privilege of serving as Commander, 1st Armored Brigade Combat Team, of leading 4,500 soldiers.

“Selfless service is a way to give back,” said Col. Brooks, noting that he has also always enjoyed playing organized sports and being part of a team.

Brooks is married to Lori Brooks, and together they have two grown children. Their son, Wes, will be graduating from the University of Alabama at Huntsville next month, and their daughter, Amelia, is a freshman at the University of Kentucky. He is the son of Fayetteville’s Carolyn Brooks and the late Winston Brooks.

Capt. Hank Gray admired many of his family members who served in the military, and that inspired him to join the U.S. Army.

“I wanted to do my part,” he said. He enjoys being able to provide leadership, serving his country, and takes pride in serving in the Army.

He was commissioned as an Infantry Officer through an ROTC program at the University of Oklahoma in May 2011. Upon completing the Infantry Basic Officer Leader Course and Ranger School, he served for more than three years in the 101st Airborne Division at Fort Campbell, Ky.

During those years he served as a Motorized Scout Platoon Leader, Assistant Operations Officer, and Troop Executive Officer.

The Gen. Douglas MacArthur Leadership Award recognizes company grade officers and warrant officers who demonstrate the ideals for which Gen. MacArthur stood, including duty, honor and country, and promotes and sustains effective junior officer leadership in the Army.

This award is given once a fiscal year. Capt. Gray was one of the 14 Regular Army recipients and will participate in an awards ceremony sponsored by the Chief of Staff of the Army in Washington, D.C.

Gray is married to the former Cassie Strong, daughter of Fayetteville’s Doug and Teresa Strong. Together they have one daughter, Charlotte. He is the son of Kathy Hadden and Jim Gray, the grandson of the late Betsy Fitzgerald, and nephew of Lee and Cindy Gray, all of Fayetteville.