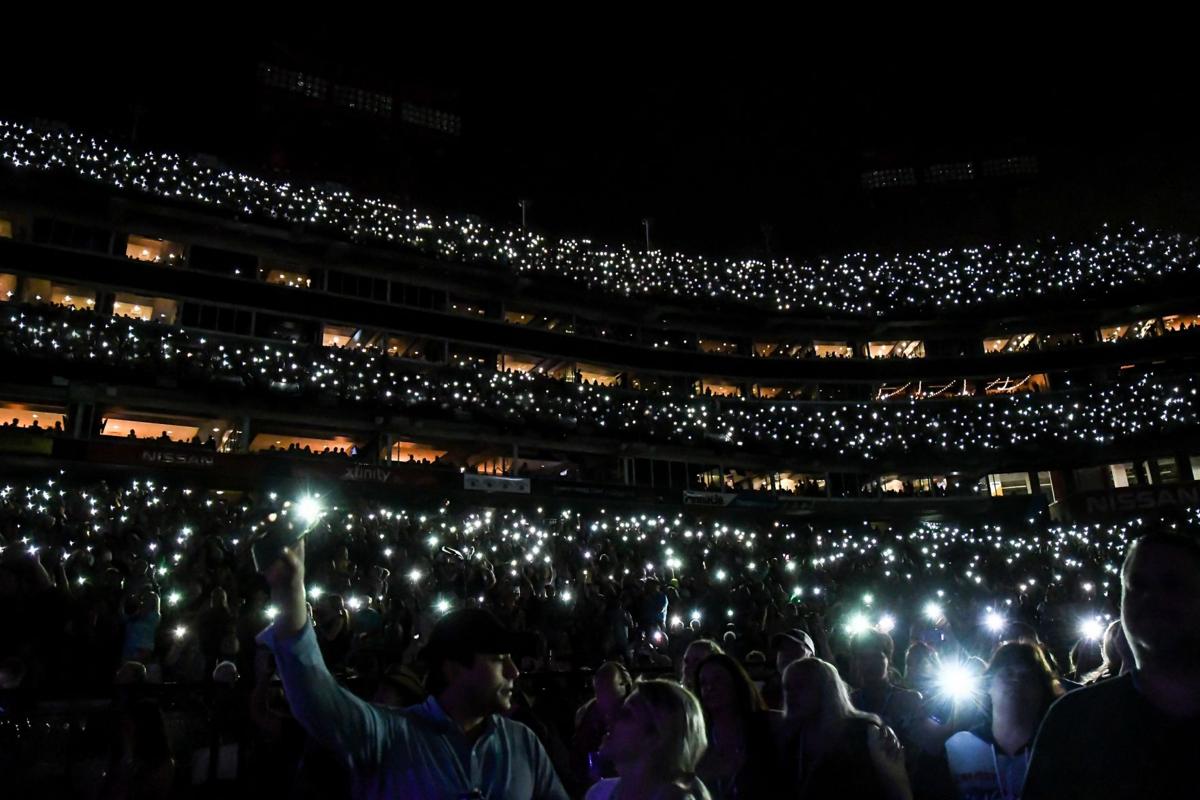 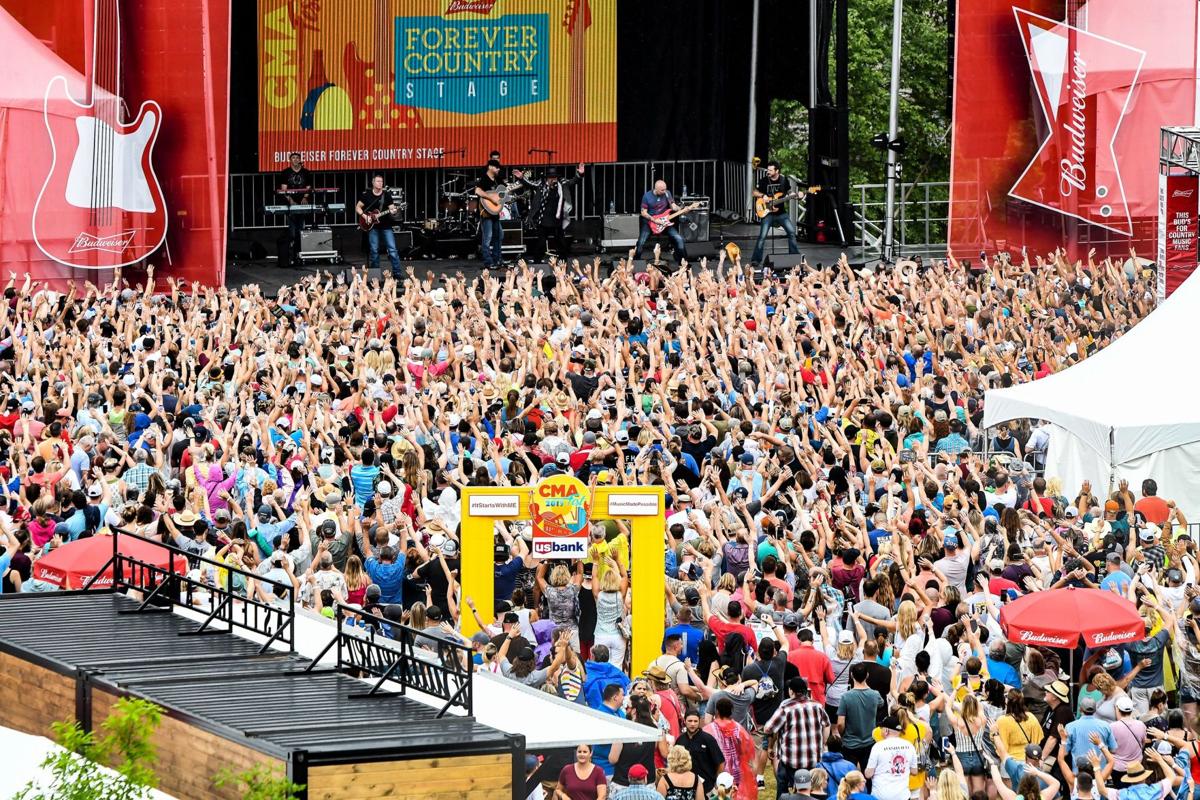 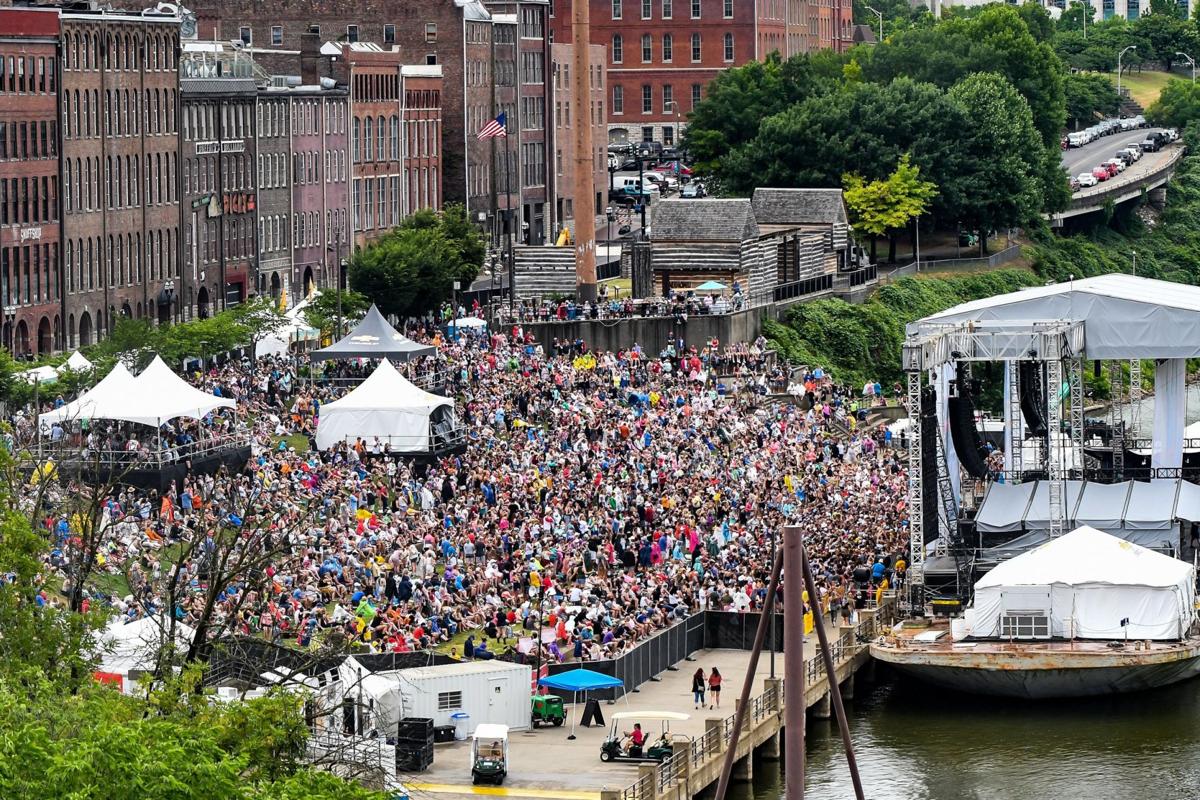 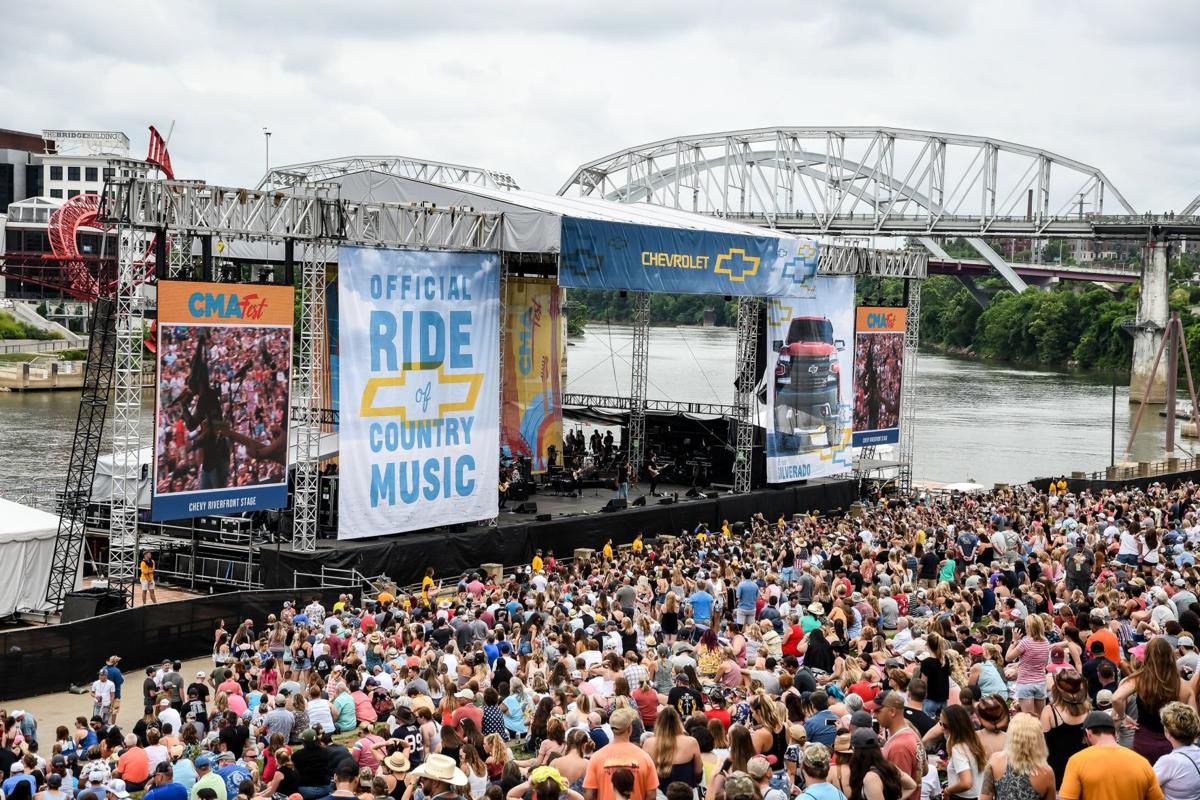 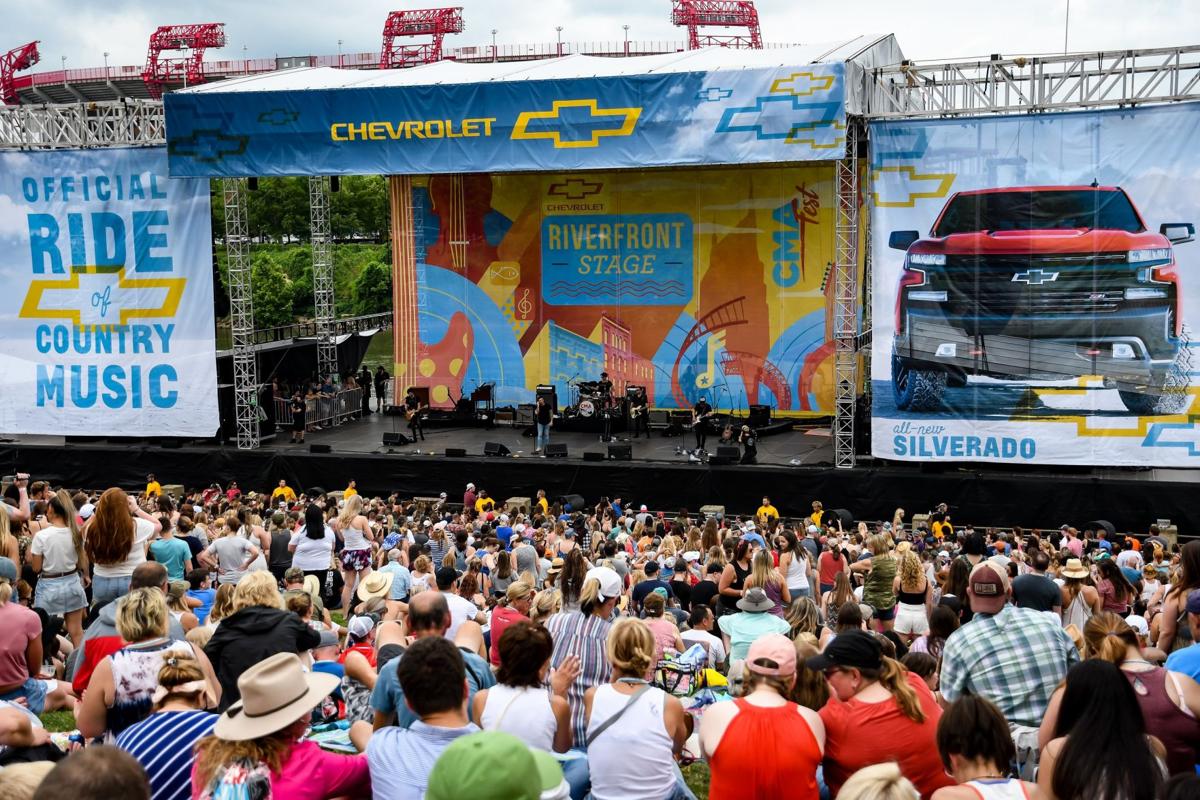 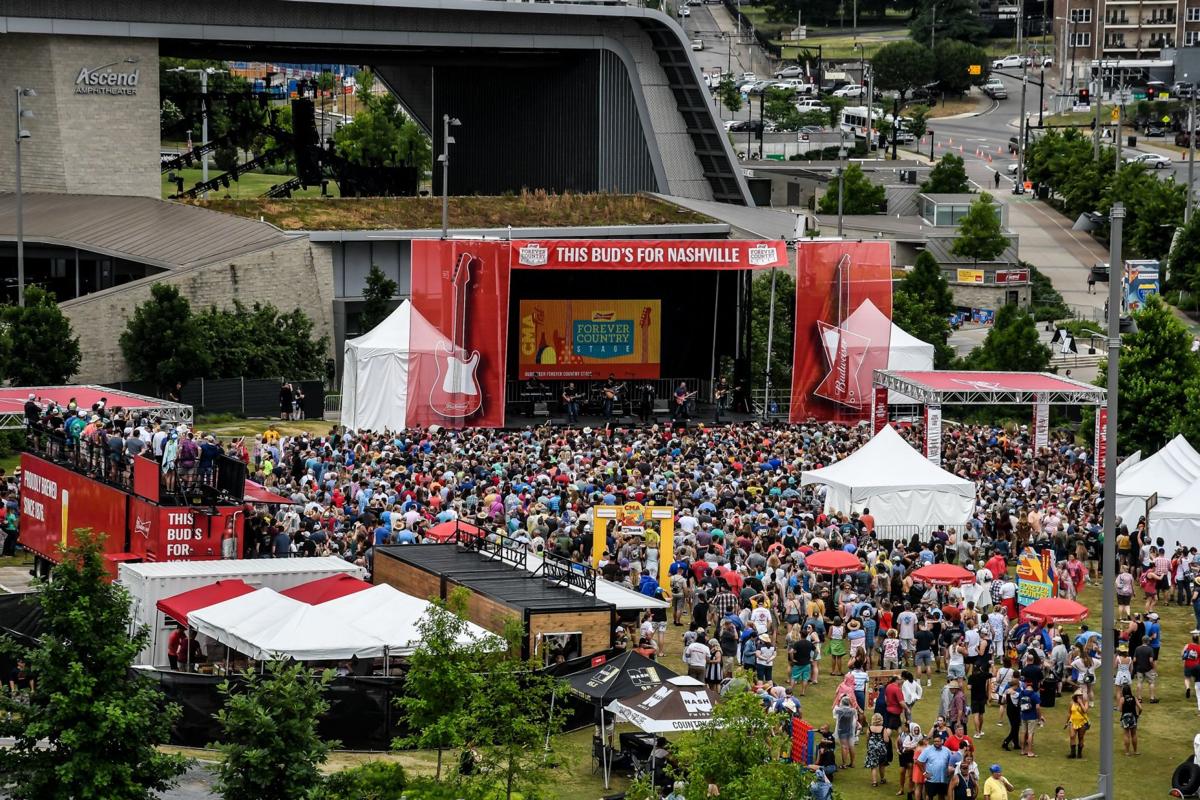 When the world’s longest-running country music festival wrapped up, the 48th Annual CMA Fest finished as one for the record books.

Country music touches the lives of everyday America. Its fan base is dedicated beyond compare, so what better place for its annual celebration than Music City. Tens of thousand of fans descended on Nashville, coming from all 50 states and 37 international countries.

Through a coordinated effort of the Country Music Association, the city of Nashville and the artist, more than 300 acts performed on 11 official stages over the four days. The nightly concerts at Nissan Stadium were sold out, with more than 50,000 in attendance each night. Thousands of fans attended the festival’s outdoor stages, as well as Xfinity Fan Fair X inside Music City Center. Chevy Riverfront Stage, Budweiser Forever Country Stage and the Nashville Acoustic Corner Stage all reached capacity during CMA Fest.

The artists and their bands give of their time to bring a close personal experience to fans in appreciation for their support, as well as benefiting the CMA Foundation. Established in 2011, the organization supports music education programs across the United States. The Foundation has invested more than $25 million across the national public school system, after-school programs, summer camps and community outreach organizations.

A three-hour primetime television special of CMA Fest 2019 will air Sunday, Aug. 4, at 8/7c on the ABC Television Network. This year’s show will be hosted by Thomas Rhett and Kelsea Ballerini.

Oscar Isaac to star in and produce The Great Machine

“Despite some weather challenges, this year’s CMA Fest was truly one to remember,” says SarahTrahern, CMA chief executive officer. “It’s a great event for fans to see their favorites and discover new artists. The feedback I received from artists is how much they enjoy the more intimate interactions with fans that CMA Fest offers. We managed to integrate the CMA Foundation and our music education efforts throughout the festival, which culminated with the Eagle Honor Choir belting out Carrie Underwood’s ‘The Champion’ to a packed house at Nissan Stadium Sunday night. It was certainly one of the highlights of the festival.”

Today's country offers music for every taste from traditional, bluegrass, honky tonk, gospel, outlaw, contemporary, Americana and alternative. At CMA Fest, the variety of artists is so great you can basically name your poison to meet your personal taste. The CMA provides scheduling and updates on line and through their app; fans scheduled nearly 700,000 events over the four days. With that diversification comes an explosion of fan base, especially in a younger audience breaking the stereotypes of the past. Corporate brand and marketing partnerships totaled more than 50 throughout the festival this year, with 37 brands represented on-site as official CMA Fest partners, 12 of which were new to CMA Fest in 2019.

“CMA Fest attendees enjoyed haircuts, food and beverage sampling, fun photo ops, giveaways, games and more – all free thanks to this year’s brand and marketing partners,” says Damon Whiteside, CMA chief marketing officer. “This festival offers an opportunity like no other for brands to engage directly with the truest of Country Music fans.”

The Ultimate Country Music Fan Experience began in 1972 as Fan Fair, which drew 5,000 fans to Nashville’s Municipal Auditorium. Now in its 48th year, the legendary festival has become the city’s signature country music event that hosts tens of thousands of fans.

Next year’s CMA Fest will take place Thursday, June 4, through Sunday, June 7, 2020. Four-day passes for CMA Fest in 2020 will go on sale to the public Friday, Aug. 2, at CMAfest.com/tickets.