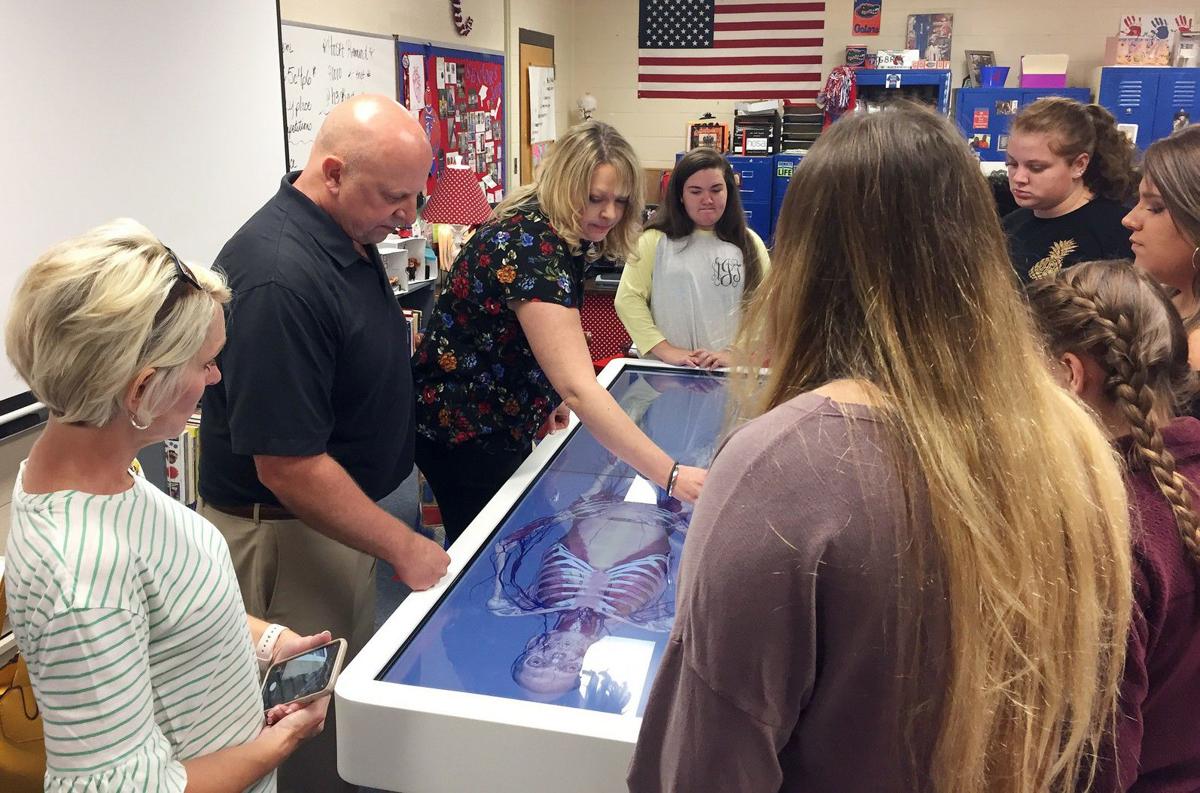 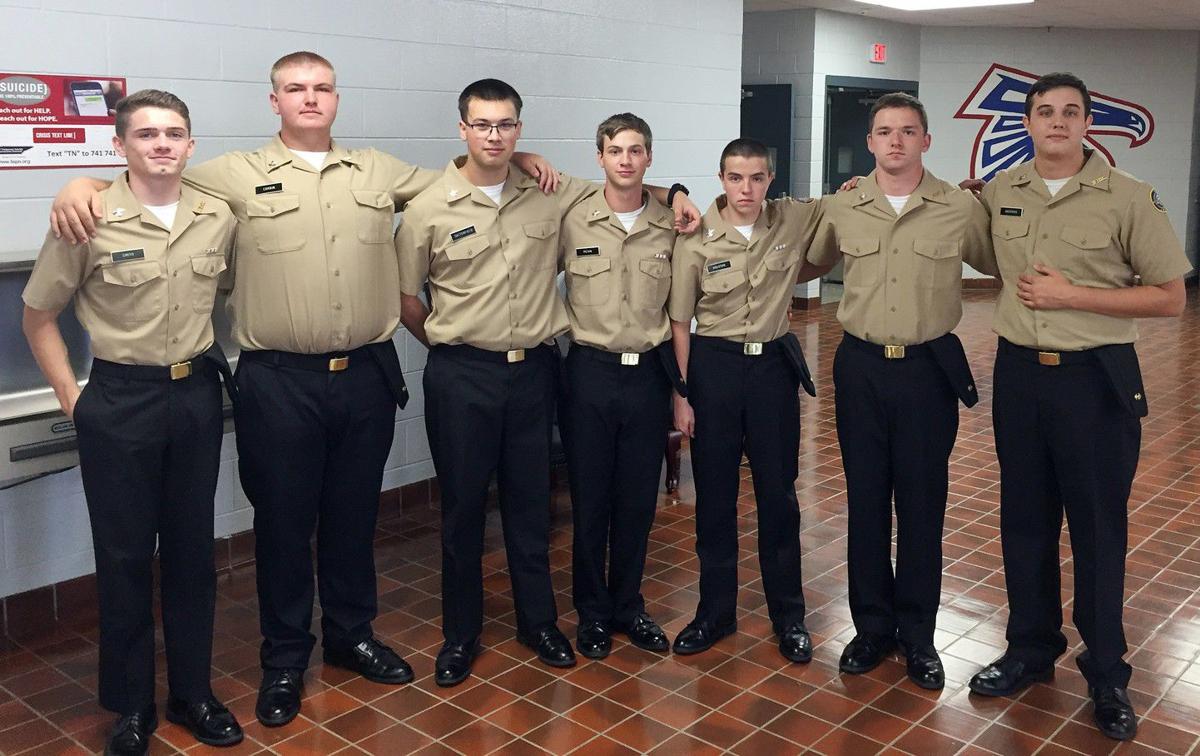 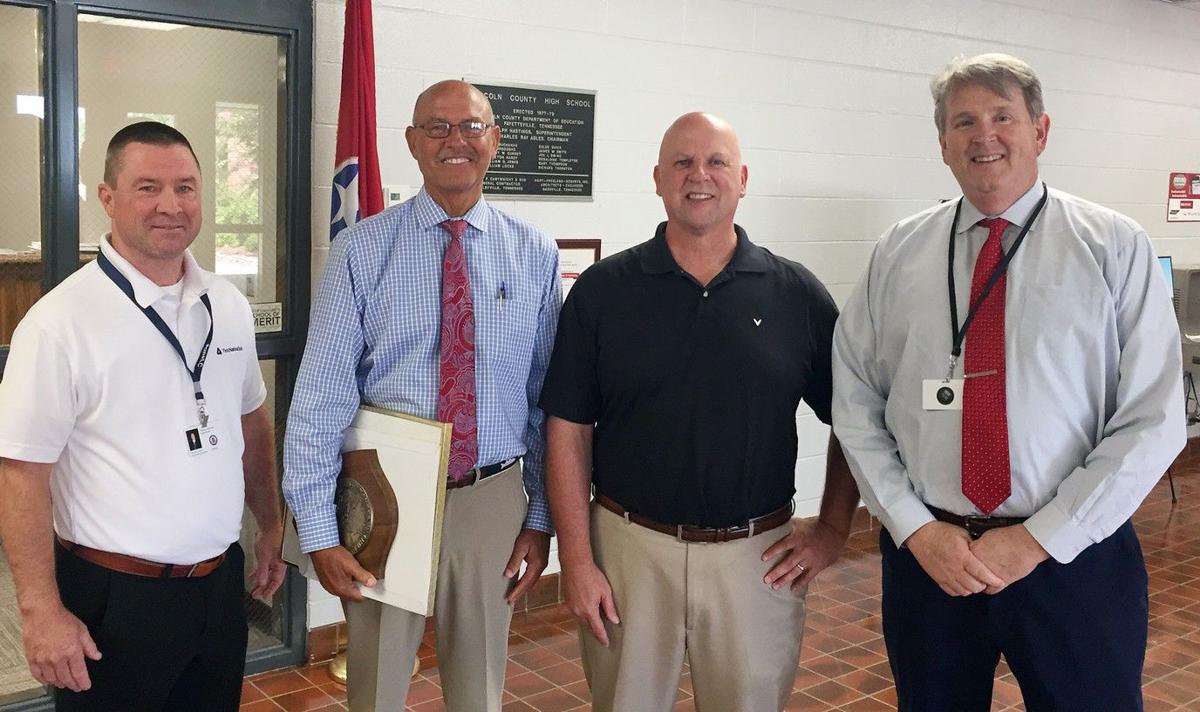 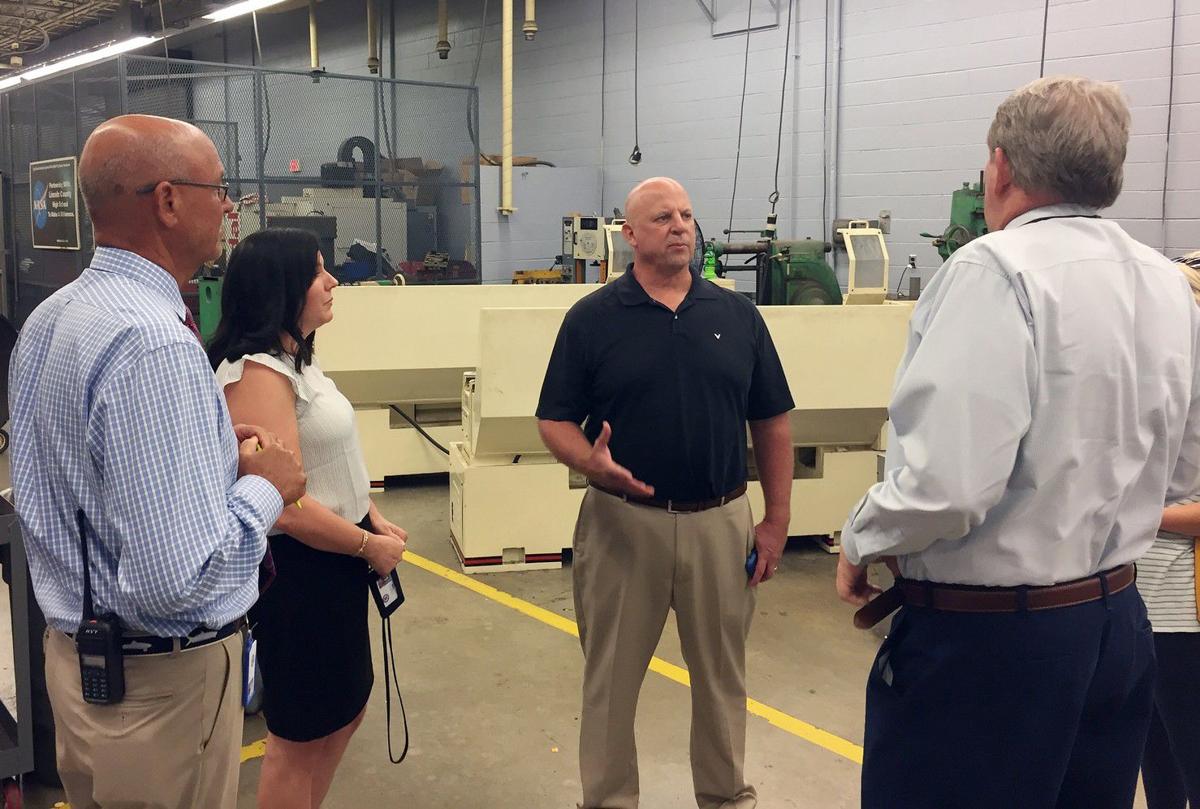 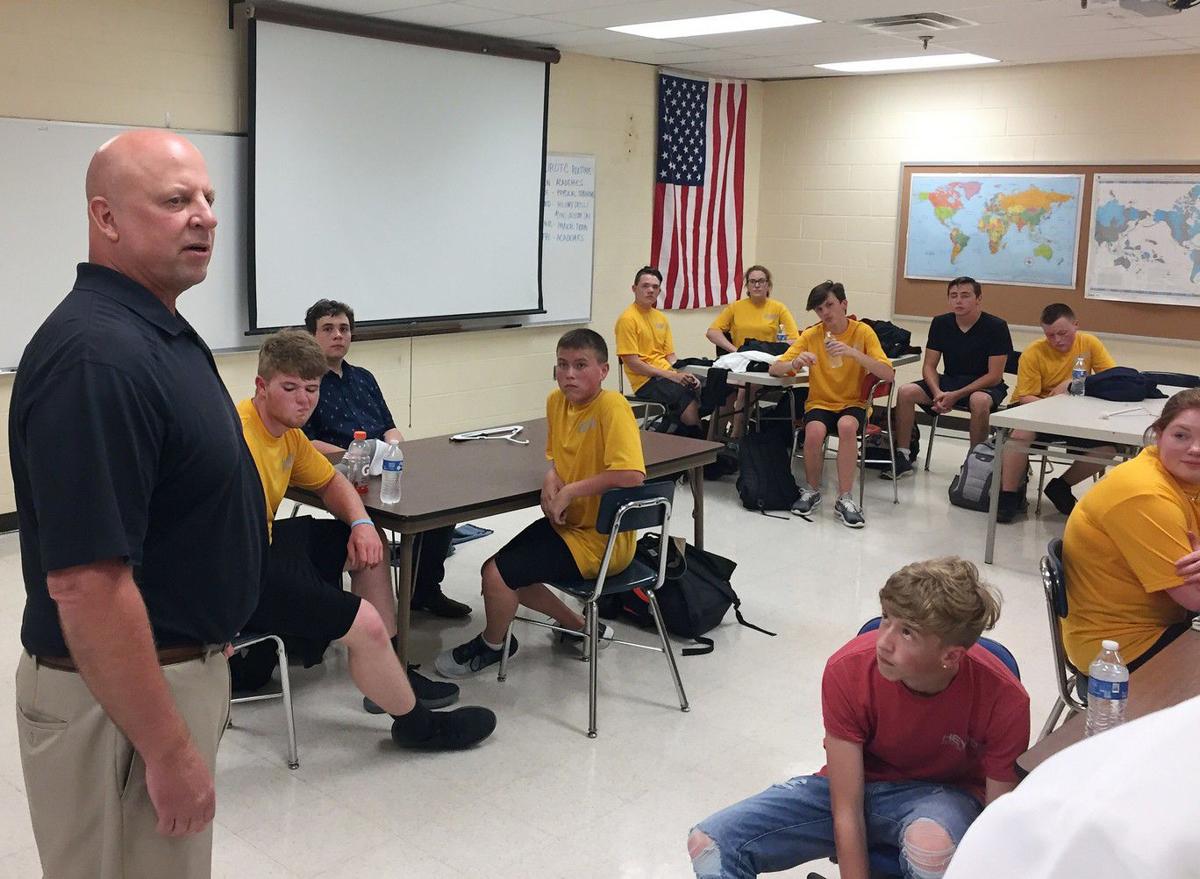 While in Fayetteville, Congressman Scott DesJarlais visited with local leaders and other interested citizens during a luncheon hosted by American Development Corp. at its facility just off Wilson Parkway.

While in Fayetteville, Congressman Scott DesJarlais visited with local leaders and other interested citizens during a luncheon hosted by American Development Corp. at its facility just off Wilson Parkway.

U.S. Rep. Scott DesJarlais, who represents Tennessee’s 4th District in Congress, was in Fayetteville recently, visiting with community leaders during a luncheon hosted by American Development Corp. and with education officials at Lincoln County High School as he toured the district.

The congressman’s visit here came on the heels of joining officials at Marshall Space Flight Center in Huntsville, Ala., as NASA Administrator Jim Bridenstine announced the center’s new role in leading the Artemis Human Landing System Program for its return to the Moon by 2024.

“That program is going to be so important for your community here,” he said, noting that about 6,000 people from southern Middle Tennessee commute to Huntsville for their work at Redstone Arsenal, the vast majority of whom reside here in Lincoln County. “That program will be good for us, not only from the standpoint of job security but also from the perspective of leading the country into the next age of space exploration.

“As a member of the House Armed Services Committee, I believe we have done a good job in the last two or three years in restoring readiness and funding for our military, and that, too, is beneficial for our area,” he said. “With space exploration comes more technology, and frankly, the new battlefield of the future is space – we need to be ahead of our peer adversaries, China and Russia, which are working very hard in the same area.”

Among those meeting with DesJarlais at ADC were Lincoln County Mayor Bill Newman and Fayetteville Mayor Michael Whisenant.

At Lincoln County High School, DesJarlais toured the Frank B. Kelso Naval Cadet Center, which will be expanding with the upcoming additions and remodeling. While visiting LCHS, he also toured several CTE classrooms, meeting with students enrolled in the naval cadet and CTE programs. The visit also saw the congressman meet with school system leaders, including Lincoln County Director of Schools Dr. Bill Heath, and some of the members of the Lincoln County Board of Education, such as Thomas (Tommy) Stevenson, chairman.

“I’m excited about the progress of cadet program at LCHS,” he said. “The expanding programs they have in the areas of STEM education and technical skill training are also exciting and good for the community. Those components are of critical importance to local businesses and industries as they look to the future.”

Traveling across his congressional district, DesJarlais said he believes the economy is improving.

“Things are better than they were a few years ago,” he said. “I think the tax cuts helped most Tennesseans, and we’ve certainly seen a growth in business and industry, and in the availability of competitive jobs.

“We’ve visited several businesses, hospitals and manufacturing plants over the past couple of weeks, and what we’re seeing is increasing wages,” he continued. “I would say an average of $2 to $3 an hour over just a few years ago, and better benefits packages, too.

“One of the biggest complaints we were getting is having the availability of skilled workers,” said the congressman. “With what’s going on Lincoln County Schools and Motlow College, we’re a little ahead of the curve compared to other states. Optimism is high on the business front, and we need to make sure we continue to offer training opportunities to those students who wish to enter the workforce after high school. They need to be well-trained for the positions that are coming open.”

Polarization on the national level continues to be a concern, he said as he turned toward priorities in Washington, D.C.

“One thing that needs to happen shortly after getting back is the passing the USMCA,” DesJarlais said, referring to the United States-Mexico-Canada Agreement, which is expected to replace the current NAFTA agreement that governs trade in North America. “Canada is for it, Mexico is for it and most of America is for it.

“The ag community would certainly benefit from it, as well as a lot of the businesses and industries here. I think the only thing holding it back is politics ... A large portion of the political folks would rather see America fail than Trump succeed, and that’s disappointing.”